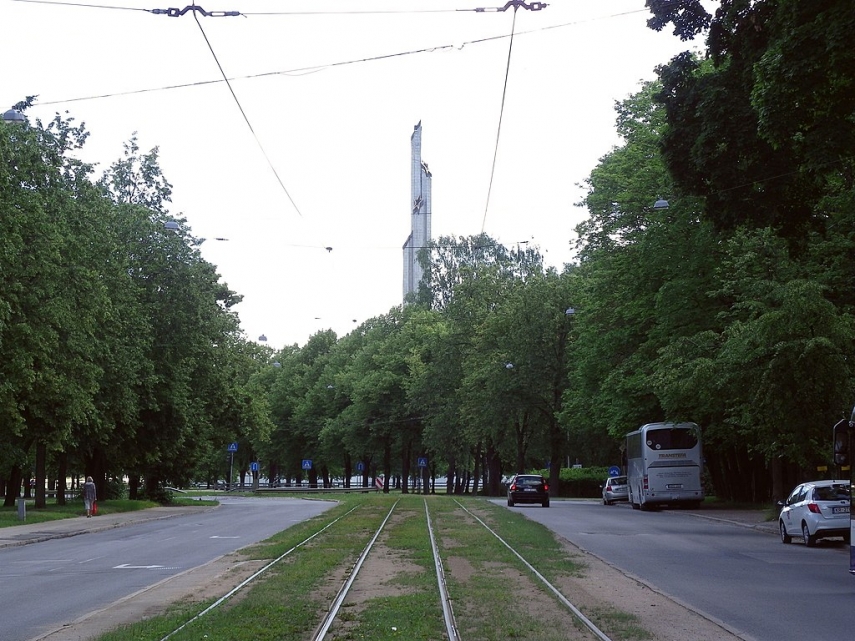 RIGA - The largest Soviet monument in the Baltics was dismantled yesterday - the Pardaugava memorial in Riga.

The final element of the monument, a 79-meter high obelisk, was brought down to huge ovations from those who came to view the moment.

The obelisk finally came down after seven hours of work and was brought down on the pool side of the memorial complex.

The dismantling of the memorial complex and all its elements took three days.

As reported, Riga City Council's Financial and Administrative Affairs Committee on August 5 approved the decisions to allocate financing for the dismantling of the Soviet-era monument in Pardaugava.

A construction firm tasked with dismantling the structure has been chosen in a closed procedure but its name has not been made public for security reasons.

The dismantling costs are estimated at about EUR 2.1 million.

The monument has been a subject of controversy for a long time already, and now has been raised again in relation to Russia's war in Ukraine.

The monument was built in the time period between 1979 and 1985 to commemorate the Soviet Army's victory over Nazi Germany in World War II, but now it is seen as dedication to the aggressor country - Russia.