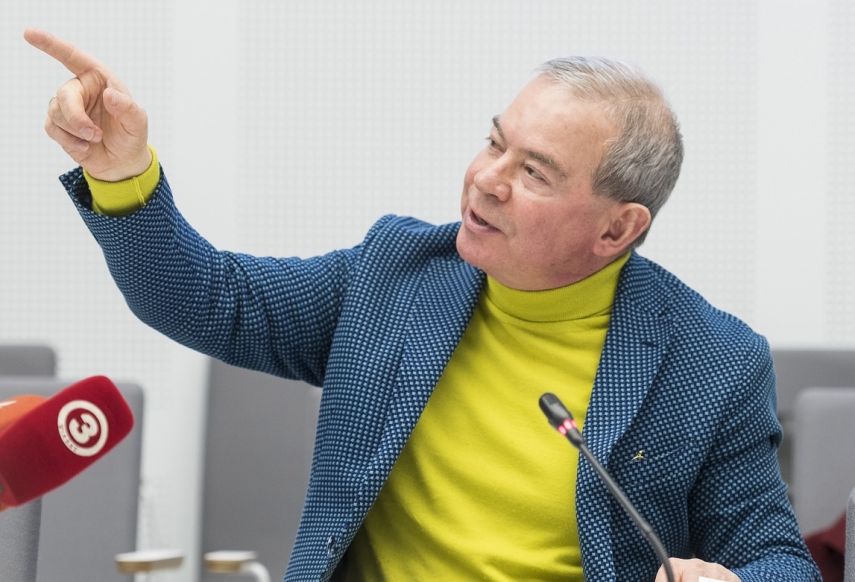 In a public statement, Kristovskis calls on Lembergs to show respectful, ethical conduct as a politician and to resign from the position of chairman of the board of the Freeport of Ventspils.

Kristovskis bases his appeal on the fact that the Riga Regional Court has for many years imposed a security measure on Lembergs - a ban to fulfill his duties as the chairman of the board of the Freeport of Ventspils. He also points out that since Lembergs has been sanctioned by the US Department of The Treasury, the operations of the port will become restricted and will hamper the business activities of the port in already complicated geopolitical times.

"This is the moment when you must respect and put the best interests of Ventspils residents and the whole Latvian state and society in mind. Only your voluntary and immediate resignation as chairman of the board of the Freeport of Ventspils will serve as a signal to our partners around the world that the port continues to work as normal, and that the risks involving yourself on the port's board have been alleviated,'' Kristovskis said.

As reported, the Office of Foreign Assets Control (OFAC) of the US Department of The Treasury on Monday imposed sanctions on a number of people and legal entities in Europe, Asia and Latin America, including on Ventspils Mayor Aivars Lembergs, based on the so-called Magnitsky act.

According to OFAC, Latvian oligarch Aivars Lembergs is designated for being a foreign person who is a current or former government official responsible for or complicit in, or directly or indirectly engaged in, corruption, including the misappropriation of state assets, the expropriation of private assets for personal gain, corruption related to government contracts or the extraction of natural resources, or bribery.

Lembergs has served as the Mayor of Ventspils, Latvia, since 1988. From that time, he has been repeatedly accused of money laundering, bribery, and abuse of office. Lembergs controls entities through political parties and corrupt politicians, and systematically exploits those entities and individuals for his own economic gain. Lembergs has used his influence over leadership of political parties to shape government personnel and place certain government officials in positions, as well as to obstruct other government officials from obtaining leadership positions. Additionally, Lembergs has leveraged and corrupted law enforcement officials to protect his interests and subvert politicians whom he otherwise was unable to control.