Krauze takes over from Brigmanis as chairman of Latvian Farmers' Union 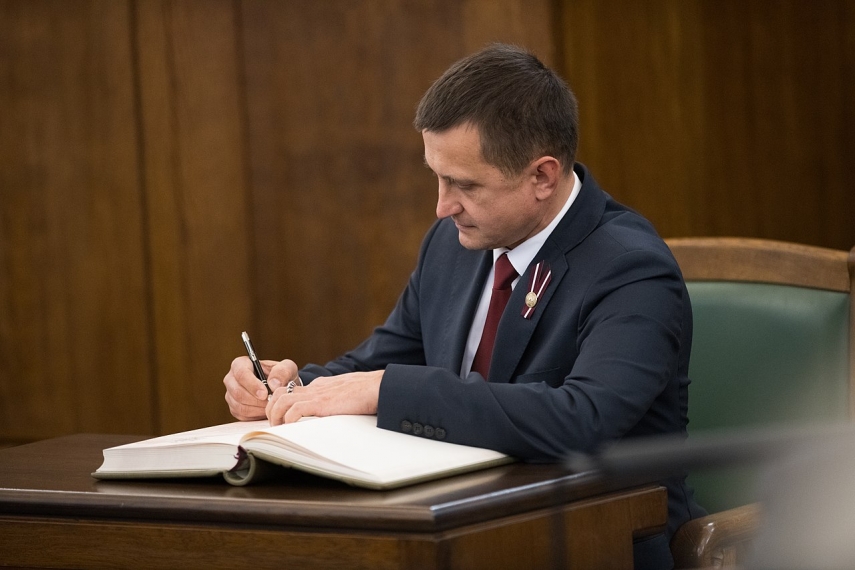 RIGA - Augusts Brigmanis was unseated as long-standing chairman of Latvian Farmers’ Union (LZS) as Armands Krauze was elected the party’s new chairman at a congress in Jelgava on Saturday.

After his election as LZS chairman, Krauze told journalists that under his leadership LZS would support local producers and businesses that create new jobs. He indicated that as a “serious political party”, LZS should have its own candidates for each ministerial portfolio.

LZS showed poor performance in the last Saeima elections because the party failed to listen to its members and electorate, Krauze said. He pledged to learn from this mistake and said that the party’s members will now be the ones setting the party’s agenda. “LZS starts preparations for the 2021 local elections as of today,” Krauze said.

Previously, Krauze said in his speech at the LZS congress that LZS could find its own candidates for Latvia’s next president that would be better than those named so far. Asked if LZS might support incumbent President Raimonds Vejonis’ reelection, Krauze repeated what he had earlier said in his speech.

Running for LZS chairman at the party congress were three candidates – Brigmanis, Armands Krauze and Ringolds Arnitis. Brigmanis dropped out of the race after receiving only 36 votes in the first round of the election. Krauze and Arnitis received approximately 100 votes each and advanced to the second round of the ballot.

In the second round, Krauze beat Arnitis by 152 votes to 94 and took over as the new LZS leader.

The loss in the LZS chairman elections represents the second political setback for Brigmanis in a rather short period of time. Last fall he ran in the 13th Saeima elections but was not elected. Krauze was elected to the 13th Saeima but Arnitis received even fewer votes than Brigmanis.

The Latvian Farmers’ Union is holding a congress today to elect a new board and chairman.