Kaunas, the 2022 European Capital of Culture: from temporary to contemporary 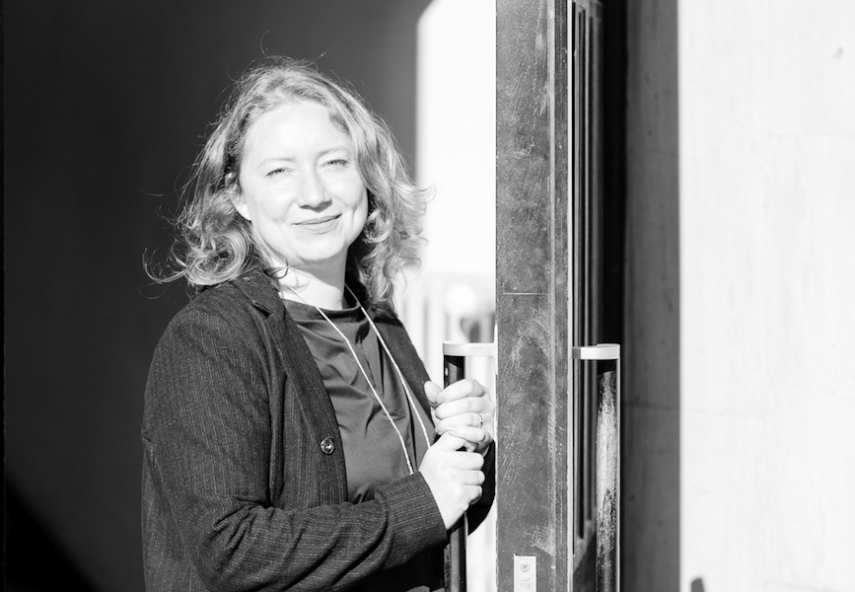 The annual European Capital of Culture (ECoC) festival, which began in 1985, has developed into one of Europe’s most ambitious cultural projects and its most appreciated activities. In 2022, Lithuania’s second-largest city will co-host the event alongside Esch-sur-Alzette in Luxembourg, hopefully bringing with it significant long-term cultural, economic and social benefits. The Baltic Times recently spoke with the art critic, curator and lecturer Virginija Vitkiene, the festival‘s Director to find out more about the festival.

Tibor Navracsics, the European Commissioner for Education, Culture, Youth and Sport, wants the ECoC to bring European citizens together, encourage openness and exchange and foster economic and social development. How will Kaunas achieve this in one year? What areas and programmes will be prioritised to achieve these goals?

It’s almost a year since Kaunas was awarded the title 2022 ECoC. Cities begin going through the selection procedure so early because the programme goals requires four or five years to achieve. So the plan isn’t for one year but seven, if we count the years involved in preparation, which were very important for Kaunas. We’ve already worked with a team of 20, having arranged over activities this year. The European dimension is one of the strongest parts of our programme. When I say ‘we,’ I’m referring to Kaunas 2022 and the city’s cultural sector which is already highly networked. Kaunas hosts more than 10 international contemporary art, photography, contemporary dance, architecture, classical music, jazz and performance art festivals every year. What we’re lacking most is a common vision-based celebration of ‘Europeaness’ which is going to bloom in the period running up to 2022 in Kaunas for sure. International partnerships are one of the core requirements of every programme of events included in 2022 ECoC.

What are some of the long-term cultural, economic and social benefits that Kaunas will strive to reap from its 2022 ECoC status?

We’ve planned to grow the programming through 2017 to 2023, with the years split into four periods with specific aims. These will include: ‘Ignition’ (2017-2018), which focuses on local and international partnerships and analyses our audience’s needs, and the regeneration of the methods we as cultural institutions use. ‘Agitation’ (2019–2020), dedicated to experimental co-creations and projects which connect different cultural sectors and that are also inter-sectorial, with an aim to enlarge our regular cultural audiences to create a climate in the city and throughout the Kaunas district where culture becomes an everyday part of life. During this period, small scale events, the majority which will be outside of institutional walls will be implemented. ‘Explosion’ (2021-2022), will be oriented towards the main programme of 2022 and will feature a highly international contemporary capital programme that will include three grand events featuring a massive period of weekend celebrations in January, May and December, with 12 main events with special openings each month and 48 multi-event festivals and programmes. Every weekend will open with some sort of international event. Through national and international cultural tourism we expect to make an impact on Kaunas’ economy, but the biggest value of the project we see is a raised optimism and self-awareness of the residents of Kaunas which will aim at stemming the demographic loss of our city’s people, which was one of the cases we tackled in our bid for the ECoC title. Lastly the ‘Legacy,’ period (2023 and beyond) will be our top priority. We in fact measure all our activities on the factors of long-term effect and change.

How will Kaunas include other Lithuanian cities in the official programme?

The ECoC title is given to a country. Of course we’ll include them, hire and partner with many cultural colleagues and institutions from many Lithuanian cities. We’re already extensively networked nationally, especially with partners from Vilnius (ECoC 2009) and Klaipeda, which have the capacity of organising spectacular public events at which they’re both very strong at. On the other hand we have goals and tasks in which we have to find our own ways, because nobody’s undertaken it at a scale which we’re planning to. I’m talking about our Fluxus Labs, community laboratories which will emerge in each Seniunija (suburb) of Kaunas its district, 36 of them in total. This year and during the following two years we’re training Cultural Agents who’ll run these labs and encourage people who usually don’t use mainstream culture to co-create, to show their uniqueness and to meet European artists in their courtyards. Our capacity building courses for Cultural Agents, culture professionals and young people will be open to anyone from any city in Lithuania. Those interested can follow the developments on Facebook and at www.kaunas2022.eu to receive further information on the periods and how to join in the Tempo Academy of Culture capacity building programme

The official slogan is ‘Kaunas 2022: From temporary to contemporary.’ What does this mean? How will the official programme fulfil the slogan’s call?

Let me cite from our bid book, a kind of Bible for the upcoming years for us: ‘Kaunas was the temporary capital between the two world wars (1919–1940) after Vilnius was annexed by Poland. The reality changed long ago, but 80 years of the pointless and counterproductive label too often attached to the city’s name still haunts minds in Kaunas and beyond. We think it’s about time to stop being temporary and become a contemporary capital. For us a contemporary capital means a city which is open, democratic and relevant to contemporary audiences, engaging and inclusive, creative and innovative. It’s a city which acknowledges its complicated past and its legacy, and moves towards new visions for the future. Besides, it’s not the goal that’s the most important thing. Becoming a contemporary city is a meaningful journey which connects all residents of the city and district around it. Together we want to invent what a contemporary city is. So a contemporary capital is not about contemporary art, passionate though we are about it. It’s about how our history, our stories and our institutions can be made current and more relevant. How we can learn from the past but look to the future. How the passion that people feel for their local basketball team can be directed towards their neighbourhood.

Is there an app available where people can be kept informed of the news, events, and programme developments leading up to 2022?

Our website at www.kaunas2022.eu provides news and an events calendar. Our Facebook page is also available for everyone who’s interested in active participation or just to follow up on programme developments. The app will be created later, when activities focus on our artistic programme. This will happen during the ‘Explosion’ period (2021–2022).

What’s the operating budget for ECoC 2022?

The planned budget is €30 million, with almost €20 million planned for the programme and €10 million spread between administration and communication expenses. Kaunas 2022 will have eight programme platforms in which the programme budget will be shared.

What type of future and vision do you foresee the festival enabling and creating beyond 2022?

Our vision is to alter the notion of Kaunas as a temporary capital and become a contemporary city, a contemporary place to live, where every resident is recognised as possessing his or her own ‘cultural capital’. A creative capital that contributes to the city’s image, one that’s welcoming, full of imagination and that takes pride in its contemporariness and diversity and holds a belief in the future of the city. We want to achieve active citizenship, which presently we badly lack. Contemporary culture (present day culture including all its popular and community-led expressions) is above all characterised by being holistic. It’s both an attitude and a lifestyle, as exemplified by Kaunas’ George Maciunas, the Lithuanian American artist who founded the Fluxus movement that wants art to be available to everyone, and who should produce art all the time. It’s a holistic way for citizens to look at and understand the world whilst being actively engaged in a neighbourhood, a way for citizens to be proud of their ‘place’, both in their neighbourhood and in the world in general.