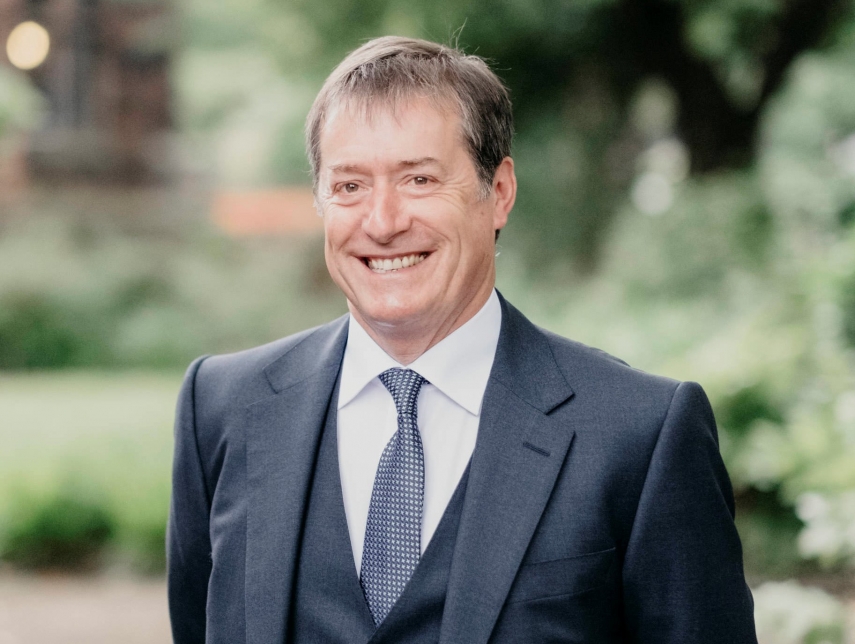 Neil Peterson: ‘I’m really excited about the prospect of Kaunas being a very good example ECOC’

Neil Peterson was one of ‘Liverpool – European Capital of Culture (ECoC) 2008’ team members, who is now working with various European cities, such as Kaunas, that have won this status in helping them to achieve their goals. With Neil Peterson, who was recently visiting Kaunas, we spoke about the potential of Kaunas city, the challenges that ‘Kaunas 2022’ team is yet to face in the future and Liverpool's 2008 success, which leads city ten year on.

What was Liverpool’s experience as ECoC?

One of the satisfying things is that people still keep coming back saying that Liverpool was one of the best examples of ECoC. It was nice to be part of that. I think one of the factors which led to our success was that we tried to engage the community as much as possible in what we did. We started early like Kaunas is doing, by doing some grass-roots activities in communities trying to help people to connect to the city in different ways. I was responsible for some of this ‘city connection’ through establishing the ‘Liverpool 2008’ volunteering programs.  I also developed a concept called the ‘Liverpool Welcome’ program which is all about talking to people (especially in tourism and transport jobs) and encouraging them to find out more about ‘Liverpool 2008’ and make them aware that they are actually the ambassadors for their city. It also became a way of building new audiences because many of the volunteers and people who worked in the tourism sector started to go to more cultural activities. Many of those local people are still involved today, 10 years on.

I was also responsible for a wide range of international aspects of ‘Liverpool 2008’. We worked very closely both within the ‘Liverpool 2008’ delivery organization and also built key partnerships across the city whether that be cultural organizations, tourism even retail or community organizations and so on. We had a really strong mix of good, participative community projects and high-profile, major impact events including appearances by members of The Beatles. This year, 2018, which is your country’s centenary year is also Liverpool’s tenth anniversary of its ECoC program. I know there’ll be big celebrations in both places.

‘Kaunas 2022’ is mostly interested in community building through culture. What are the main keys to more active citizens participation in cultural city life in your opinion?

Statistics demonstrate that people who are more actively involved participants in city life, weather that be sports, civic life, going to cultural events, or doing things with the community, generally are much more happier and healthier. So, the more you put in, the more you get out. Of course, it’s hard for people, because sometimes they get home after work tired or they don’t have enough money and so on. All of those things are factors. But there are a few things that can happen. The better-quality events you put on and the more you market them effectively, the more people will take the opportunity to see them. And they will keep coming back if the quality is high and they enjoy them and are made welcome. Encouraging people in all communities to see that the city center belongs to them and making it easier and fun for them to visit public places is a good thing to do. Volunteering programs which actively encourage people to support and promote the city are also very important. Finally, delivering events and activities in local communities. From what I can see, ‘Kaunas 2022’ is starting to do all of these things.

What do you think are the main challenges that any ECoC city team can face during the preparation for the ECoC year?

One of the main challenges is about managing expectations. You have this great euphoria when you win, but then nothing happens for a while as the team starts to develop its strategy and build the programme. People start to get a little concerned about what’s happening and what the team is doing during this five-year build up time. So, it’s important for the team to combine some visible build up activity and also explain the whole process to people who live in the City and District. ECoC can be anything from commemorating great city stories and memories through capacity building program for the museums, or an international fishing competition in the river and so on. Explaining this complex beast (very important in Kaunas!) can be quite difficult, but when the ECoC year arrives, it’s fantastic and everyone realizes what all the fuss has been about! I’m pretty confident that next in 2018 in Kaunas we’ll see this really nice balance between showing enough things that are happening but also explaining to the city that 2022 is the main goal.

You were advising ‘Kaunas 2022’ bid team during the application process and now you’re helping it to start the delivery of the program during the preparation for Kaunas’ ECOoC year. What do you think of Kaunas’ ambitions for 2022 so far? What great challenges according to your experience are yet to be faced?

I talk to people from other candidate cities and even members of jury who read bid books and look at programs and at the moment people are saying very good things about the Kaunas project. The bid articulated very clearly not only some difficult problems faced by many European cities but also practical solutions for them. Of course, the transition from being a really good bid team to putting five-year program in motion is one of the biggest challenges in any ECoC city. It’s really hard because you need a different set of skills. Even so, I was in Kaunas just a couple of weeks ago and I was I was really encouraged by how much the team had already done.

In some ways in a big city connecting with a community in its widest sense and getting its citizens much more actively involved in city’s life is a real big challenge. The ability of culture and sports to connect people in some ways is something that all cities should try to do. It felt right for me that Kaunas went for that kind of process and programme rather than just very high-profile major events and big names. But in 2022 there will also be great events to inspire and involve people and all the capacity building activity will pay dividends.

What do you think are the pros and cons of the ECoC status?

The actual bidding process can be expensive and it can seem like a ‘winner takes all’ competition. But the process of bidding is quite creative both for winning cities and those who don’t win. It makes you ask difficult questions of yourself and think more strategically. In Kaunas’s case, it encouraged the city to turn dry strategy documents into people-led program that enables the city to change for the better. Kaunas was a temporary capital once. There was a sense – as once with my city – that its best times are in the past. But the ECoC has helped to challenge that. Kaunas is one of those cities that has lots of layers to discover and can use a better understanding of its past to drive a prosperous future. I’m really excited about the prospect of Kaunas being a very good example ECoC. You have a really good team and I’m really happy about working a little bit beside you.

The victor who lost the USSR

Cushioning the poor from the COVID-19 shock

Kidnappings and assaults in Belarus. Inside Lukashenko’s crackdown on independent voices