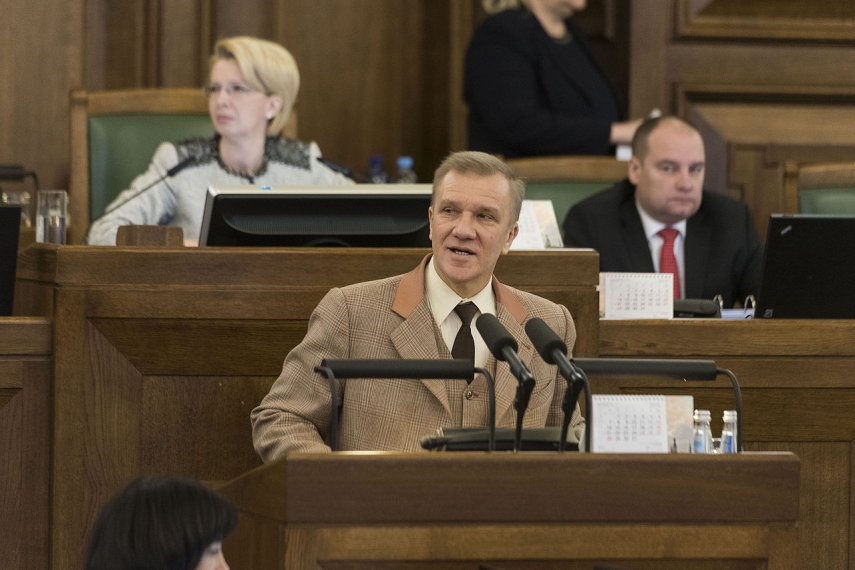 Kalnozols therefore is not a member of the Latvian Green Party at the moment. The party’s board will meet again to hear the lawmaker himself. At that meeting, the board will be authorized to decide on Kalnozols’ readmission to the party or his final expulsion, Tavars said.

Kalnozols had upset his fellow party members with his sexist remarks about Caksa at a meeting of the Greens/Farmers faction in Saeima.

Trupovnieks said that this was the last straw, as Kalnozols had made offensive remarks about women already earlier.

Kalnozols told LETA that he did not understand why his “concerns for Caksa’s baby” are turned into intrigues. The politician said it was regrettable that instead of working together to improve Latvia’s health sector, members of the Green Party were preoccupying themselves with unnecessary infighting.