Kalnins: Within just a few years, Russia has been able to transform itself from a partner to a strategic problem for all 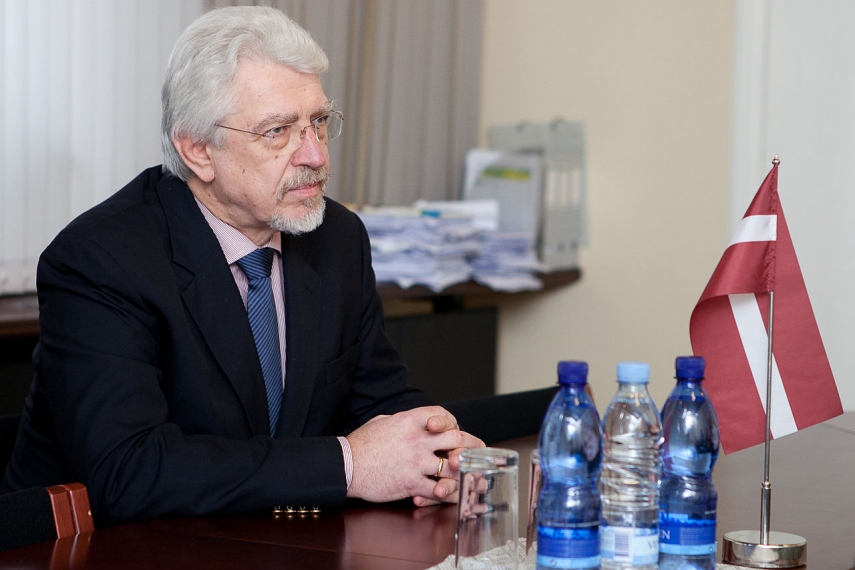 RIGA - Before the events in Ukraine, Russia could be seen as a strategic partner to NATO, even though a problematic one, however, Russia has now become a strategic problem for all, the chairman of the Saeima's Foreign Affairs Committee Ojars Eriks Kalnins (Unity) believes.

In a publication called Latvia's Foreign and Security Policy, written for the Latvian Institute of International Affairs, the head of the Foreign Affairs Committee points out that the main task on the agenda last year was to maintain the strength of the European Union and NATO, as well as their unity and stability. He believes this year's main objectives could be similar.

In the chapter about relations with Russia, the politician reminded that Russia was seen as a NATO partner before the events in Ukraine, but that now it has become a strategic problem for all. The politician believes that the many breaches of international law, in combination with its cruel military activities in Ukraine and Syria, leaves the rest of the world uncertain of what actions Russia will take next.

At the same time, the MP pointed out that Latvian has always taken a pragmatic approach in relations with Russia baseD on its principles. ''Latvia has always supported dialogue with Russia, while at the same time implementing a policy of deterrence. Experience has taught Latvian political leaders that the most suitable dialogue with Russia is based on strong principles, political solidarity, and strong defense,'' the politician said, adding that the mentioned factors are part of the policy to deter Russia from taking measures to destabilize this region.

In the article, Kalnins praised NATO, pointing out that the alliance has served as the main source of stability in the regions bordering Russia. He also emphasized that NATO's activities in the Baltic sea region is a direct reaction to Russian President Vladimir Putin's show of force on NATO borders, which is especially important for Latvia.

The politician also reminded about the presence of NATO soldiers in the region, as well as the fact that Russia's military infrastructure in areas bordering Poland, the Baltics, Finland and Norway have been restored, modernized and equipped with modern military equipment.

''Even though the total number of NATO soldiers in the region will not exceed 4,000, Russia, in reaction to the NATO decision, has pointed out that they intend to deploy an additional 10,000 soldiers and 2,000 armored vehicles on its western borders,'' he said, adding that Latvia wishes to see a long-term NATO presence in the region.