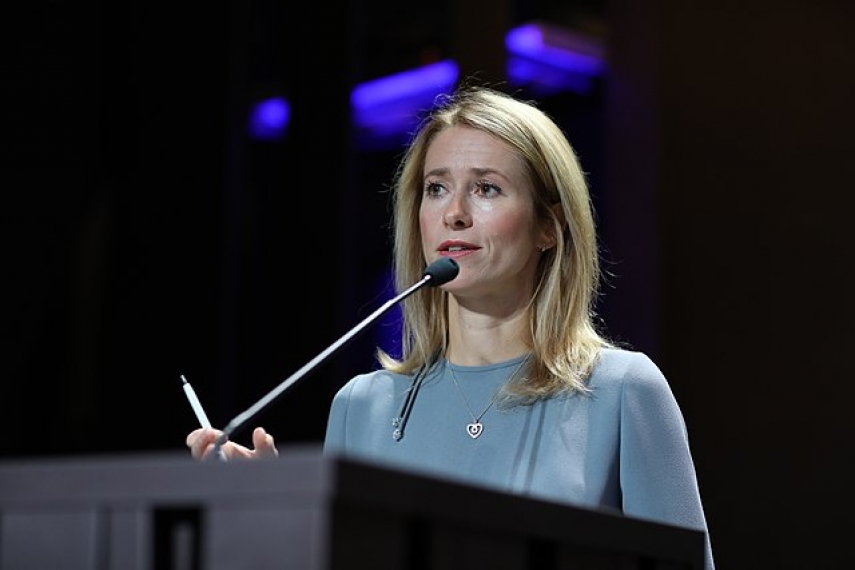 TALLINN - During a meeting in Berlin on Tuesday, Estonian Prime Minister Kaja Kallas and German Chancellor Angela Merkel discussed the hybrid attack by Belarus on the European Union and the situation in Afghanistan.

Regarding the events in Afghanistan, the Estonian prime minister stressed that the most important diplomatic goal is to stop the gross violations of human rights and violence.

"Of course, we must prevent what is happening there from becoming a breeding ground for terrorism and thus a threat to ourselves. Women's and children's freedoms and rights must not come under attack, what has been achieved so far must be preserved. Here, states, but also the media and NGOs, have an important role to play in exerting pressure," said Kallas.

"It is clear that we will not leave behind those people in Afghanistan who have worked for us -- for NATO and the European Union. It is our moral duty to help them," the premier said.

On Belarus, according to Kallas, Estonia and Germany share the view that Alexander  Lukashenko has launched a hybrid attack on the European Union.

"The aim of this operation is to punish those governments that have vociferously opposed mass repressions and human rights violations in Belarus and helped victims of grave human rights abuses. The European Union has jointly put pressure on the Belarusian regime and economy through sanctions," the head of government said.

"The situation requires that member states of the European Union start discussing the imposition of new sanctions against the Belarusian regime soon -- we know that the dictator is discouraged by the common attitude and decisions of the states and that sanctions have a significant impact on the Belarusian regime," she added.

Kallas and Merkel also discussed the security of our region.

"Authoritarian Russia's policy of using force necessitates a common allied defense policy on NATO's eastern wing. Germany has an important role to play in this -- Germany is one of the allies most frequently taking part in the defense of the Baltic airspace, and members of the German defense forces help maintain the security of our region in Lithuania," said the prime minister, also expressing satisfaction that people from Germany are working at the cyber defense center of excellence in Tallinn.

The prime minister and the federal chancellor also talked about issues accompanying the Nord Stream project.

"We share the view that Russia must be discouraged from using energy as a weapon, so to speak. Germany has a key role to play in that," she said.

Speaking about the close relations between Estonia and Germany, Kallas highlighted the close cooperation in the European Union, NATO, but also at the wider international level. Last year, the two countries were elected members of the UN Security Council together.

"This Friday marks 30 years since the restoration of Estonia's independence and return to the free world, and the restoration of diplomatic friendship between Estonia and Germany. We have been successful in building a free and democratic Estonia. Germany has stood by our side as a friend and ally along the way," the premier said.

Kallas highlighted Merkel's commitment to European unity and ambition and demandingness in guiding cooperation between countries also on the global stage.

"Germany has been the embodiment of the political responsibility of a free Europe," she said.

Speaking about the pursuit of climate neutrality, Kallas emphasized that it is high time we take  very concrete action before the consequences for our planet can no longer be reversed.

"Climate neutrality is an inevitable and only possible goal. The future of us all depends on the health of the planet. We must listen to scientists and immediately react together to the situation caused by human activities," said the Estonian prime minister.

She singled out Germany as a driver and trendsetter of climate policy.

The prime minister confirmed that Estonia, too, is committed to achieving climate goals.

"The green transition will ensure a secure future for our children, and it will also be an opportunity to restructure the economy to be more sustainable, facilitate new investment and increase the competitiveness of businesses. For example, we plan to build a network of wind farms in the Baltic Sea -- I see it as an opportunity for cooperation for Estonia and Germany as well," she added.

According to Kallas, Estonia and Germany are also united by the desire to take advantage of the digital transition and give a boost to the European economy through it.

"However, in order to achieve this and maintain a democratic and free society, we need secure data systems and a high level of cyber security, as well as investments directed on a transparent and fair basis," said the prime minister.

Kallas added that these topics will be in focus at the digital summit taking place in Tallinn on Sept. 7.