It's better to reform than destroy EU - EPP Chairman Weber 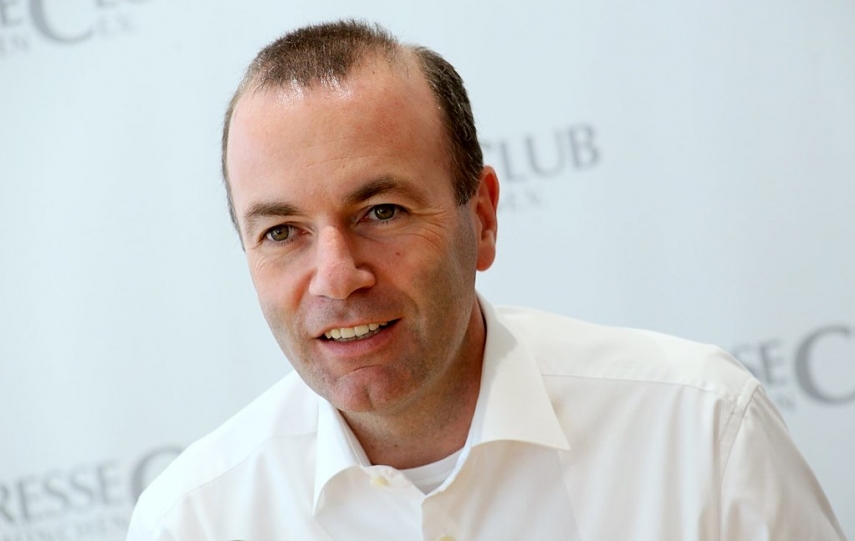 RIGA - It is better to reform the European Union (EU) than to abandon or destroy it, Manfred Weber, Chairman of the European People’s Party (EPP) Group in the European Parliament, told LETA.

The bloc’s future in in the hands of its citizens, not bureaucrats, he said.

Weber also emphasized the significance of the upcoming European Parliament elections which are expected to help answer the fundamental question whether we as European are prepared to be partners to each other and seek compromises. At present, more and more political parties are denying these principles and becoming increasingly “nationalistic and selfish”, the EPP leader said.

Although Weber agrees that politicians have to defend the interests of their respective countries, they also have to be able to negotiate compromises. A Europe that is close to the voters starts with the protection of the voters’ interests, the politician said.

Commenting on the European Parliament elections, Weber said that the EPP’s goal is to keep its leading position in the EU legislature.

Weber also spoke appreciatively of Latvia’s new Prime Minister Krisjanis Karins whose New Unity party is a member of the EPP. Weber indicated that the Karins-led government has a clear democratic majority and that the Latvian prime minister is able to achieve compromises. This is especially important after the period of uncertainty when Latvia’s political parties were unable to agree on the new government coalition, Weber said.

Weber is due to make a visit to Latvia on Friday. During his visit to Latvia, Weber plans to meet with the New Unity board and Prime Minister Karins. The EPP chairman’s visit is expected to focus on security matters, including the strengthening of the European Union’s external borders, cybersecurity and countering fake news, with is especially important in the run-up to the European Parliament elections.