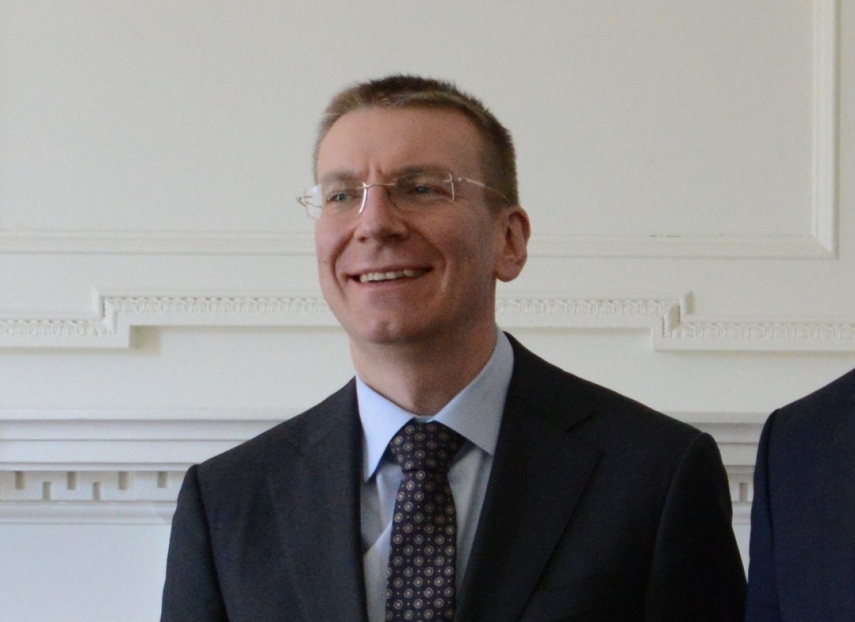 RIGA - On September 23, Latvian Foreign Minister Edgars Rinkevics together with John Rood, the United States Under Secretary of Defense for Policy, took part in a discussion about China’s relationship with Europe at the Center for European Policy Analysis (CEPA) Forum in Washington, D.C., LETA learned from the ministry.

The Latvian Foreign Minister drew attention to the fact that China aims to play a greater international role and its involvement and importance globally is on the rise. Therefore, China’s presence is also felt in Europe – be it economic or political. The European Union (EU) is China’s largest trading partner, and China is the EU’s second largest trade partner after the United States of America. It is estimated that the EU and China trade over EUR 1.5 billion a day. The U.S. trade volume with China is of the same magnitude.

The Foreign Minister pointed out that economic policy as reflected by investments and infrastructure financing, has proven to be one of the most effective tools to increase Chinese influence. Although by far the largest source of financing in Europe is the EU, several countries appear to count on China to become a viable alternative.

“The EU’s relations with China are complex. While China is an important partner in trade, there are disagreements on issues such as intellectual property rights, unequal conditions for market access, and fair competition. The growing extent of China’s economic engagement in Europe and the U.S., coupled with its technological advancement and the state control over its large tech companies brings security risks to the forefront and highlights the need for a proper balance between pursuit of economic opportunities and security considerations,” underlined the Minister.

Rinkevics also raised the issue of information technology security risks and the vulnerability of technology systems across the EU. “It is essential,” he said, “that 5G networks infrastructure in the EU be resilient and fully secure. Since the digital networks of the EU Member States are interrelated, we advocate a common EU approach to the cyber-security of 5G networks. Restrictive measures are insufficient. We should stimulate market conditions and nurture a consumer culture that opting for safety and reliability of technology over price. We should also mitigate possible risks by diversifying equipment suppliers as well as investing into research and development to make sure we do not lose our technological edge, for instance, in relation to China.” Consequently, like-minded countries should stick together, firmly insisting on the rules-based international order and principles, so that we can continue to work together including with our partners from China, said the Foreign Minister.

On September 22, the Minister of Foreign Affairs had a meeting with the Latvian community in Rockville, Maryland, where he shared views on current foreign policy issues in Latvia and around the world.