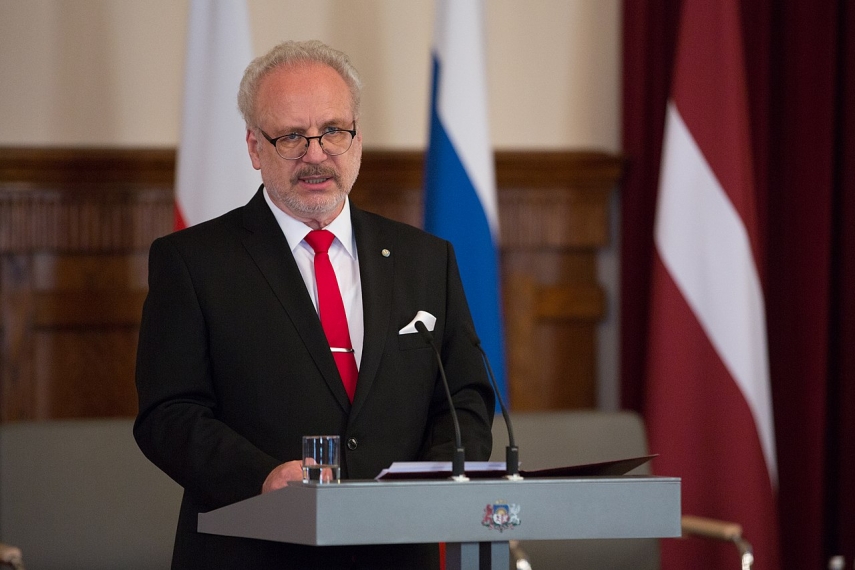 Levits said that during the meeting with Steinmeier, the presidents discussed Russia's aggressive behavior towards Ukraine. Levits underscored that such aggressive behavior is not acceptable. The western response to this should be united and strong.

Levits said that the west, NATO and the EU are united. In order to deter the aggression, economic sanctions are being prepared against Russia. Levits said that all kinds of sanctions are "on the table". The president pointed our that there are mixed signals from Moscow after the meeting of Russian President Vladimir Putin and German Chancellor Olaf Scholz.

"We cannot tell yet what results of the talks will be, but it is possible that Russia has started thinking and considering whether the aggressions will provide the result it desires. Therefore, the unity of the west, NATO and EU is necessary," Levits said.

Both presidents agreed that NATO European pillar should be strengthened.