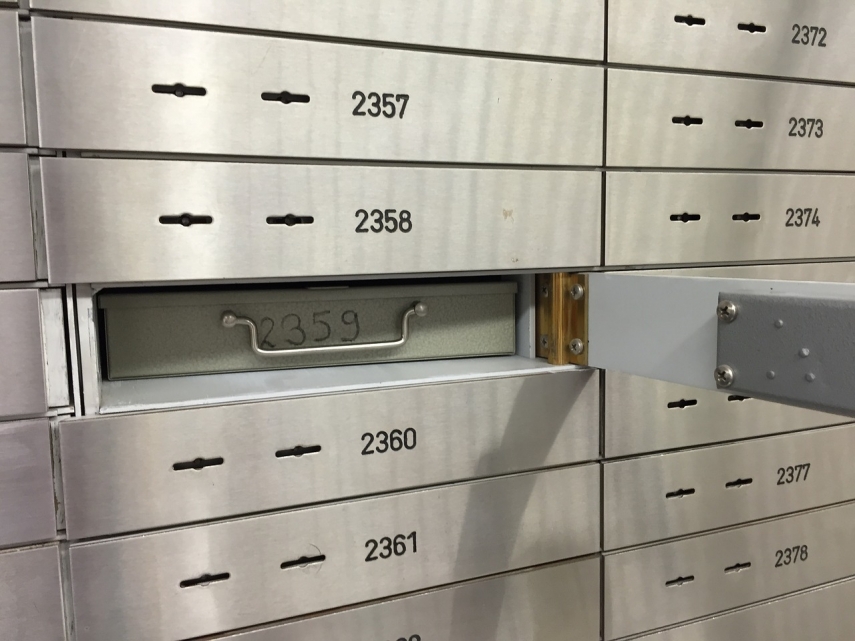 Each safe-deposit box has two locks that are locked with two keys – one the client’s key and the other the bank’s. This double-key system is an additional guarantee ensuring the security of the clients’ possessions, but it was still broken, according to the TV report.

A thief has stolen valuable items from a number of individual safe-deposit boxes. Police were alerted to the thefts the next day. The exact number of the bank’s clients whose possessions have been stolen and the size of the damage is not known at the moment, but it is thought that the thief might have gotten away with valuable possessions worth hundreds of thousands or even millions of euros, the LNT news program said.

Sozinovs said he had no memory of any such crime being committed in Latvia in the past. The thief had posed as the bank’s client with a safe-deposit box at the bank. When he was led into the strong room where the safe boxes are kept and was left alone, he started carrying out his plan. “I would not say that the execution was very sophisticated, but everything had been planned,” Sozinovs said.

For the time being, nobody has been detained in connection with the theft. Investigators think that the thieve might have left Latvia.

According to the LNT report, the thieve was a foreign national, and similar thefts have recently been reported also in Ukraine. According to unconfirmed reports, the thief left no traces of a break-in. The theft was only noticed when some of the bank’s clients discovered that their valuable items were gone.

Representatives of the Financial and Capital Market Commission (FCMC) said that this case was up to the law enforcement authorities to investigate. They also noted that the items in banks’ safe deposit boxes heave no bearing on the banks’ balance sheet, so they do not affect the banks’ solvency or stability because clients can keep in their safe boxes whatever they want, including items of purely sentimental value.

At the end of September 2017, PrivatBank was the 16th largest bank in Latvia by assets, according to the data of the Association o Latvian Commercial Banks. The bank’s key shareholder is Ukraine’s PrivatBank which the Ukrainian government nationalized in December 2016.