In document signed with Lithuania, US commits to troop deployment to Baltics 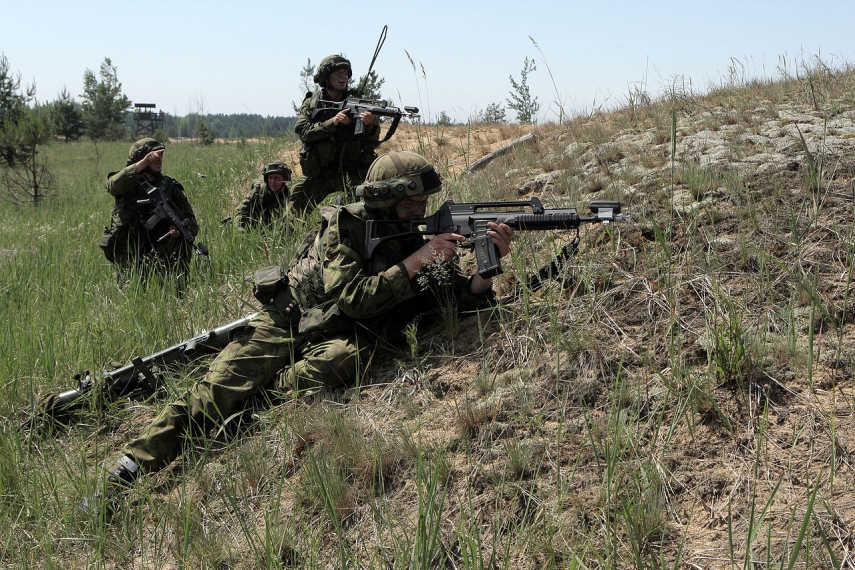 The roadmap detailing military cooperation between the nations through 2024 calls on the United States to continue to deploy forces to the Baltic states "to strengthen deterrence and to catalyze the efforts of Estonia, Latvia and Lithuania to develop their national defense further," the US Department of Defense said in a press release.

The Lithuanian Defense Ministry committed to provide all necessary support for the deployment of US forces.

The roadmap for cooperation was signed by Robertas Sapronas, the Lithuanian Defense Ministry's defense policy director, and Kathryn Wheelbarger, the acting assistant defense secretary of defense for international security affairs, at the Pentagon.

Currently, American troops come for training to Lithuania from Poland. Around 25 US logistics specialists are serving in the Lithuanian Armed Forces' logistics battalion based in the southern town of Marijampole.

An undisclosed number of US special operations troops come to Lithuania on a regular basis.

Company-sized units of US troops had been stationed in the Baltic states on a permanent basis since 2014 in response to Russia's aggression in Ukraine, but were withdrawn in the fall of 2017 following the deployment of NATO's multinational battalions to Lithuania, Latvia and Estonia.

Lithuania and the United States also agreed to cooperate in multinational operations, to work closely in the cyber domain and to share intelligence.

The US also committed to provide funds to help Lithuania "gain maritime domain awareness and look to replace Soviet/Russian-made equipment and platforms", according to the press release.