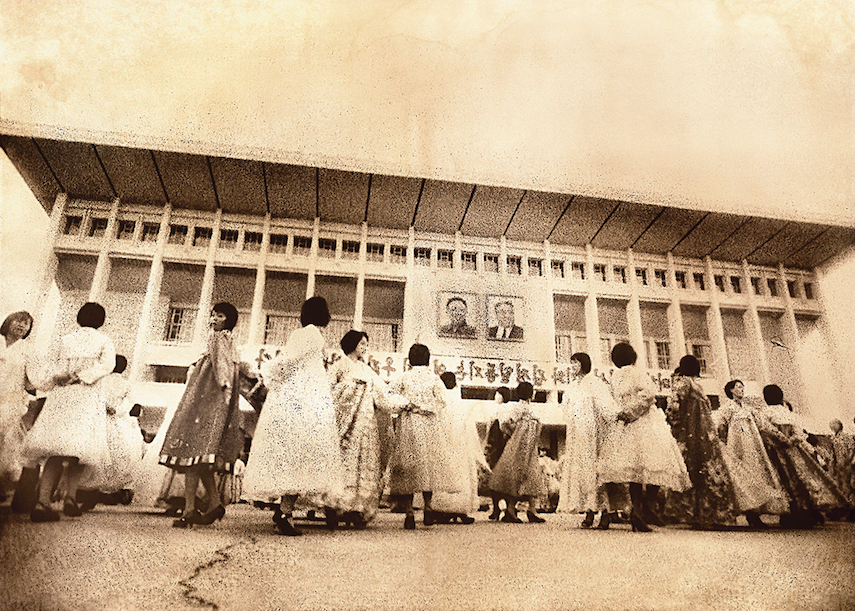 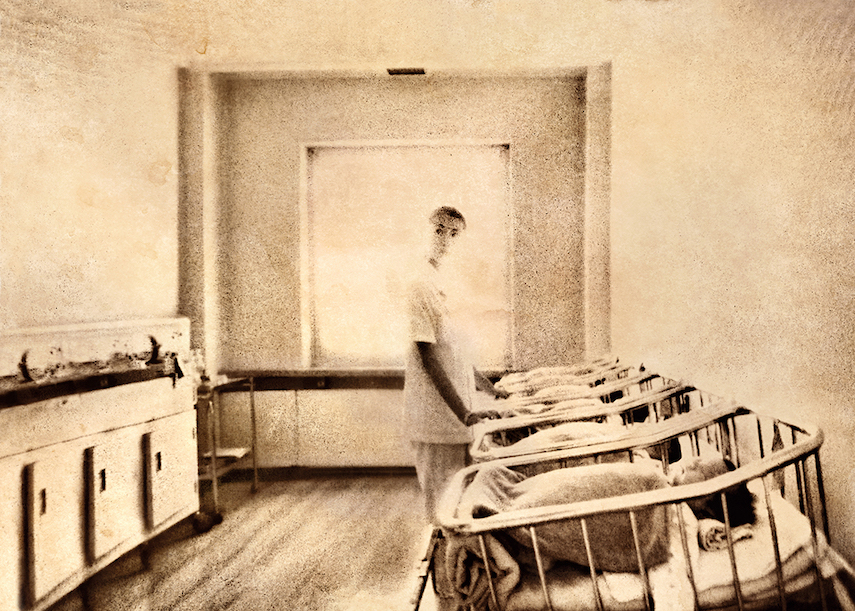 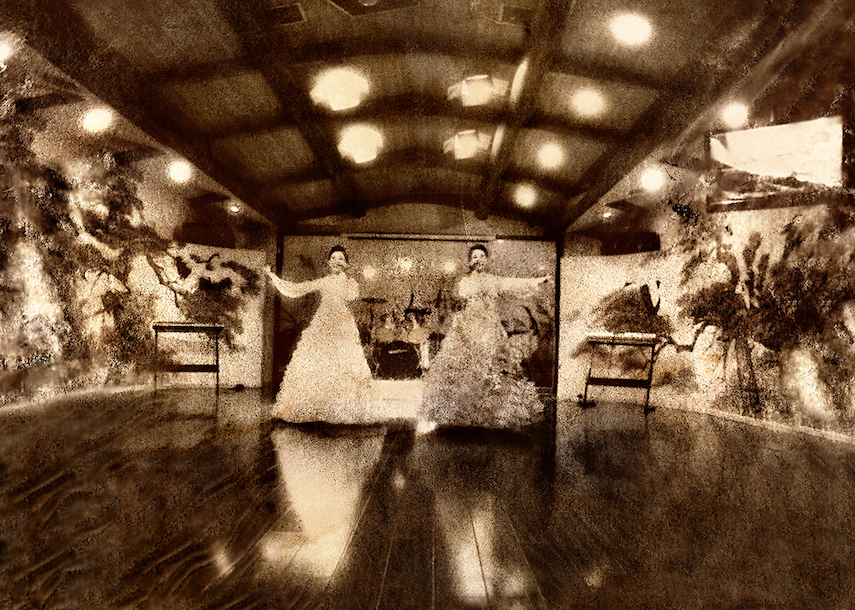 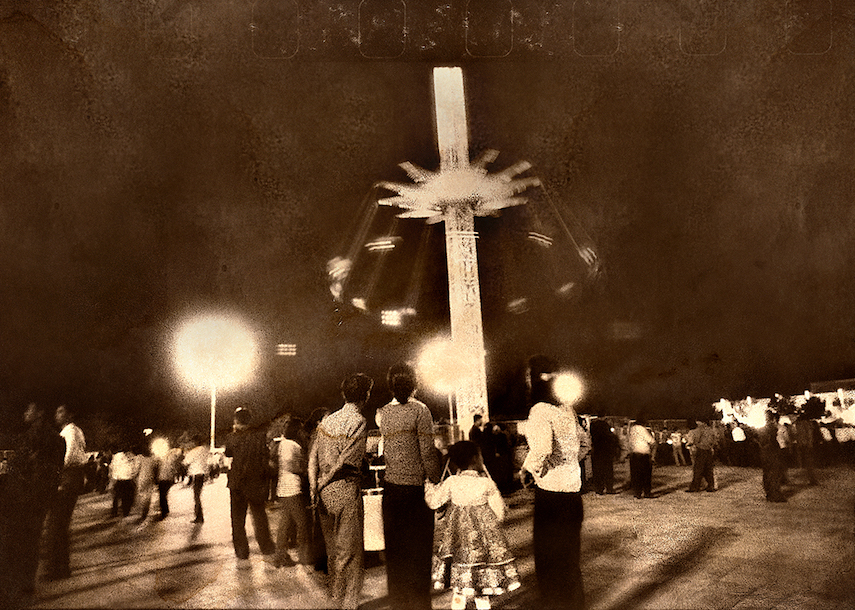 From now until mid April, Tallinn’s Fotomuseum will be exhibiting Korean Dreams, a photographic project by the Canadian artist Nathalie Daoust featuring life under the authoritarian North Korean regime, a nation suspicious of foreign politics and rife with secrecy, misinformation and censorship. The artist delves in it in an attempt to discover what lies behind the deception and give a sense of life inside the secretive dictatorship. She kindly agreed to take The Baltic Times questions.

Tell us a little about your personal background. Where did you grow up and where have you been living since then?

I was born in Montreal and studied photography at Cégep du Montréal in 1997. Immediately afterwards, I moved to New York to start my first photography series entitled New York Hotel Story which involved photographing every room of an art hotel alongside the artist who decorated it. After spending two years documenting the hotel, I lived in various countries including Japan, Brazil, Switzerland, China and Spain where I produced several more projects. For the last 14 years I’ve been living in Berlin, a city that I now call home. My next project focuses on the nomadic tribes of Mongolia.

What led you to do the project on North Korea?

I was working on a documentary project on North Korean women living in hiding in China and working in the sex industry. I thought it would be important for me to travel to North Korea to understand better why these women would rather live in such conditions than remain in their own country with their friends and family. Having experienced North Korea first hand, I felt compelled to create a separate series of images about the real conditions that exist inside the country in order to raise awareness of the plight of millions of people who live there.

Why is this theme important to you?

Spreading awareness about North Korea has become my primary concern with this exhibition. Until I went there, I didn’t understand why, after so many years of repression, the people of North Korea don’t just stand up and fight for their freedom. However, after being there and doing extensive research on the country, I now understand and have great sympathy for the situation in which the people find themselves. Executions and false imprisonment are commonplace. You can spend up to 10 years in prison for just wearing jeans, which are forbidden by the state. As an extra deterrent, there’s also a three-generation policy. Even if you are willing to risk your life for the greater good of freeing your country, if you get caught your children, parents and grandparents also receive the same punishment. This makes change almost impossible. Through this exhibition I hope that people will better understand what the real situation is like inside the country and the role that the repressive regime plays in maintaining the status quo.

What struck you most during your visit to North Korea?

North Korea is so isolated and impenetrable that it’s difficult for people inside or outside the country to gain any sense of what’s really going on. The most unsettling aspect was the contrast between the fictional world that the government would like you to believe and the conditions that the North Koreans actually live under.

What challenges did you face in taking photographs in North Korea?

Foreigners are closely followed at all times and are prohibited from leaving their hotels at night. Photographs are only allowed in a small number of state-approved locations and under no circumstances may images be made of military personnel. We were allowed to take photographs in special tourist spots but the rest of the time my camera was left hanging around my neck. I connected a cable release to the camera and then threaded the wire through the inside of my jacket arm to my hand. This allowed me to click a photo whenever I wanted without touching the camera. That is why most of the images are shot from stomach level.

How did you approach this topic as a photographer?

To produce the collection I used a printing technique that mimics the way information is lost through the myriad layers of oppression and censorship that exist in North Korea. Starting with the original negative, I exposed photographic paper in the darkroom to create an initial image. I then removed the backing from the photographic paper and used this new ‘negative’ to expose another sheet of paper. I repeated this process six or more times to create final images that are heavily blurred to represent North Korean society, of its missing information and the truth concealed. They also capture the strong sense of detachment from reality that I felt when I was there.

In general, what do you personally take away from your projects?

Since my projects take me to a wide range of locations, I discover new cultures and places that I’d otherwise see for myself. Moreover, the topics that I choose often require me to access difficult or unusual places which necessarily gives me a unique vantage point on what I see and photograph. Each project is different, but generally I develop a close relationship with the people I photograph and I’m lucky in that I’ve remained in close contact with many of them over the years. In the case of my North Korean project, this was the first time I didn’t work one-on-one with the subject. I was focused on discovering this isolated country by feeling it in the flesh rather than just reading about it, but sadly I never reached that intimate moment of spending hours with the same person and photographing them as I’ve normally done with my past projects.

Lithuanians invited to celebrate Easter by uniting in prayer via radio, TV, Internet