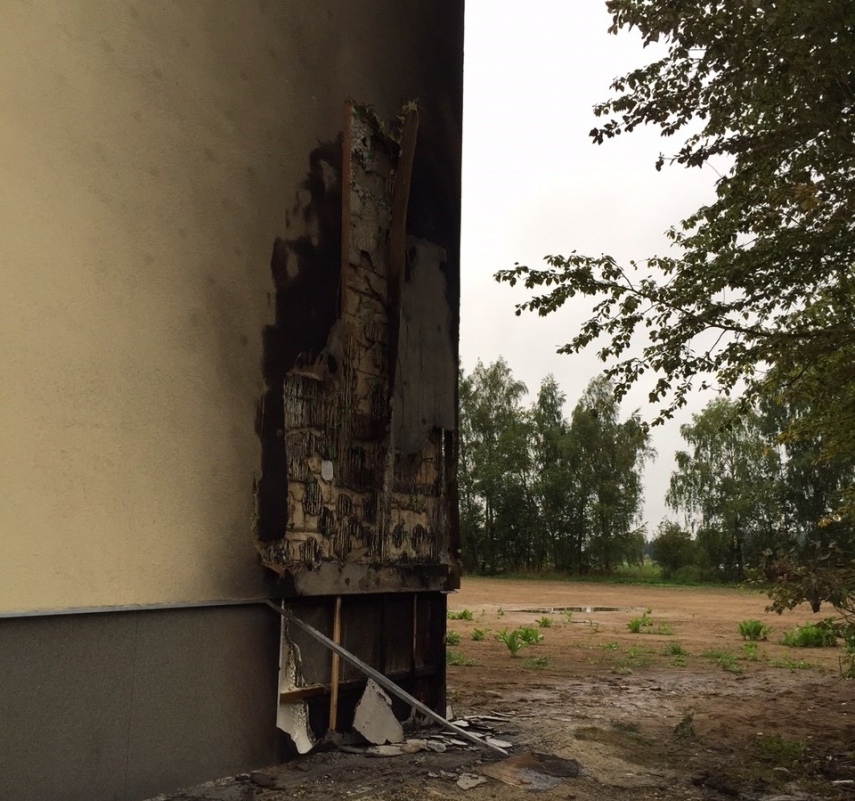 The immigration centre fire in Lääne-Viru County is being treated as arson [Image: Politsei.ee]

Estonia’s immigration centre in Lääne-Viru County was set on fire during the early hours of the morning on September 3.

Police have now launched an investigation into the suspected arson.

Emergency services were called at 4.30am this morning in Vao village to reports that the outer wall of the center was alight.

The fire has spread for about 10 square meters and have been burning for no more than 10 minutes by the time they arrived.

No one was hurt, police reported, and the fire was extinguished by 6am. A criminal investigation has now been launched.

Head of Rakvere police station Indrek Link said that around 50 people, 13 of those being children, were inside the centre when the fire started.

He said this was an extremely serious incident and added that there could have been “grave consequences”.

Anyone who has information about the incident is asked to contact police.

Estonian Prime Minister Taavi Rõivas condemned the arson attacked on the country’s only immigration today, calling it an “inhuman crime” during a meeting with the center's residents.

Rõivas spoke to inhabitants of the center in Lääne-Viru County which was set on fire at around 4.30am Thursday morning while 50 people were sleeping inside.

Rescue services put out the flames and nobody was hurt.

Rõivas today visited the centre in Vao village to speak to people living at the centre and said that what had happened was an “inhuman crime”.

He said: "I listened to the stories of the people living in the accommodation centre, and all theses stories shared the thread of escaping from war, of dreaming of a home and a permanent job, and of the fear of xenophobia."

Rõivas also thanked the rescue workers who responded to the event quickly and kept the worst from happening, adding that he hoped police would find the culprit quickly.

He released a statement that said: “I am embarrassed and ashamed to read about the arson incident at Vao Refuge Centre, where more than fifty people, including children, were present at the moment of the outbreak of fire.”

Adding: "I expect every parliamentary party to take a public and official stand, from which our citizens can understand who values the rule of law, human life and the constitution."

The Estonian government has agreed with the European Union to take between 150 and 200 migrants and refugees to with the refugee crisis in the Mediterranean.