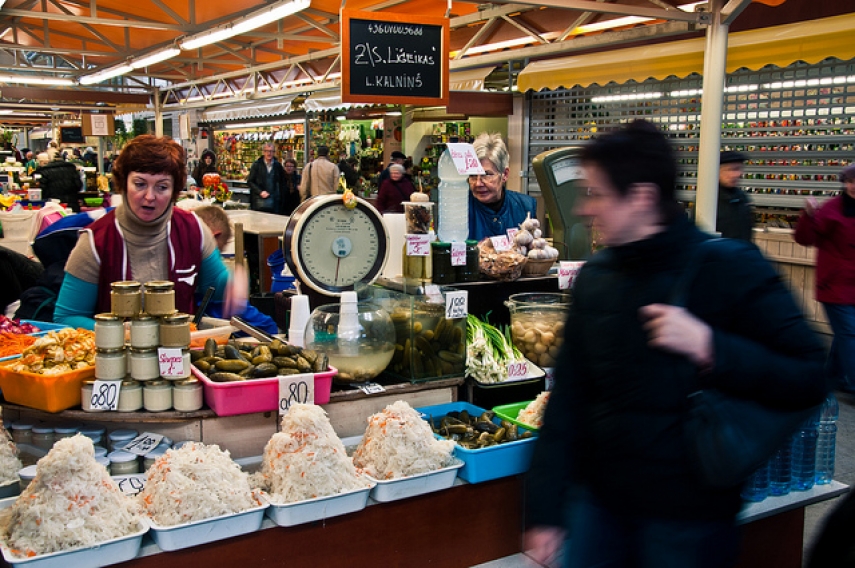 Latvia's econoomy could grow up to three percent, the head of the International Monetary Fund's mission in Latvia, Shekhar Aiyar has said.

The economic growth has slowed down due to the weak investments and unfavorable external environment.

Experts of the International Monetary Fund have concluded that geopolitical tension, Western sanctions, and Russia's counter-sanctions have left a comparatively small impact on Latvia's economic growth, however, the Ukraine crisis, as well as the weak recovery of the eurozone, has reduced confidence and withheld investments.

The economic growth forecast for next year could be similar. The recent takeover and restoration of metal factory Liepajas metalurgs will leave a positive effect on the economy.

The International Monetary Fund mission concluded that Latvia's national economy has a weak inflow of investments. In order to recover investments in the long-term, it is necessary to halt the ongoing reduction of the credit portfolio.

The recently-introduced amendments to the Insolvency Law ought to be rewritten in this regard, as the current law reduces the borrower's liability to an opportunity to refuse a mortgaged property.

These amendments can result into an increase of the first payment and limit the availability for households, especially for low-income households and new households, the International Monetary Fund concluded.

Aiyar said at the press conference that the three largest banks of Latvia have successfully passed the European Central Bank's tests. Latvia's banking system is healthy in general, however, it must remain alert in monitoring non-residents' deposits, which make up about half of the entire deposit volume of Latvia's banking sector.

The annual monitoring mission of the International Monetary Fund took place in Riga this week. The mission's experts met with representatives of various institutions and assessed Latvia's economic situation.

In March, the International Monetary Fund predicted that Latvia's economy could grow 4 percent this year, at the same time admitting that it is rather difficult to predict the exact impact of the Ukraine-Russia crisis on Latvia's economy.