I will not work as "technical PM" – Karins 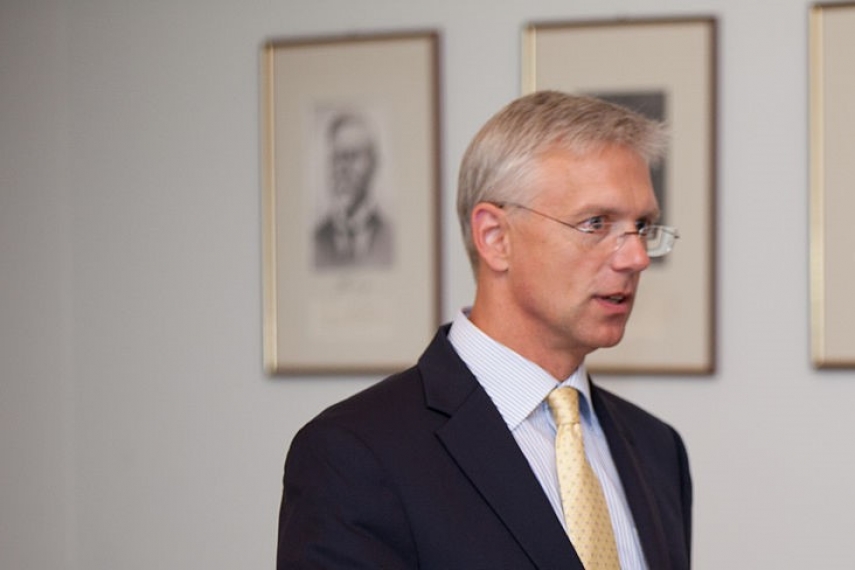 RIGA – Prime minister nominee Krisjanis Karins (New Unity) will not agree to head the government only as a "technical PM", he said in an interview with Ir magazine.

Krisjanis Karins said that the Cabinet of Ministers will be able to live for as long as it is willing to cooperate with him.

Karins believes he will succeed in government formation because during his work at the European Parliament he has been able to successfully move ideas and bills forward, finding support for the proposed solutions.

Commenting of the unwillingness of the New Conservative Party (JKP) to cooperate with the Union of Greens and Farmers, he said that earlier he had seen things black or white, but now he is able to see shades of grey. "I have understood that absolute statements might turn to be near-sighted. Therefore I wanted to invite six parties in the government as it is easier to manage disagreements if everyone is participating," Krisjanis Karins said.

"Now Harmony will be in the opposition and the Greens/Farmers will be in the opposition. I understand it about Harmony – even though they do not have official ties with the Russian government, it is seen in their votes and attitudes, therefore we will not cooperate with this party. I do not have such principal stance against Greens/Farmers," he said.

Asked about the biggest possible disagreements on the government declaration, Karins said that the most important issues could be territorial reform and healthcare financing.

Krisjanis Karins said that if everything goes on smoothly, the Saeima might vote on the new government on January 22 or January 23.