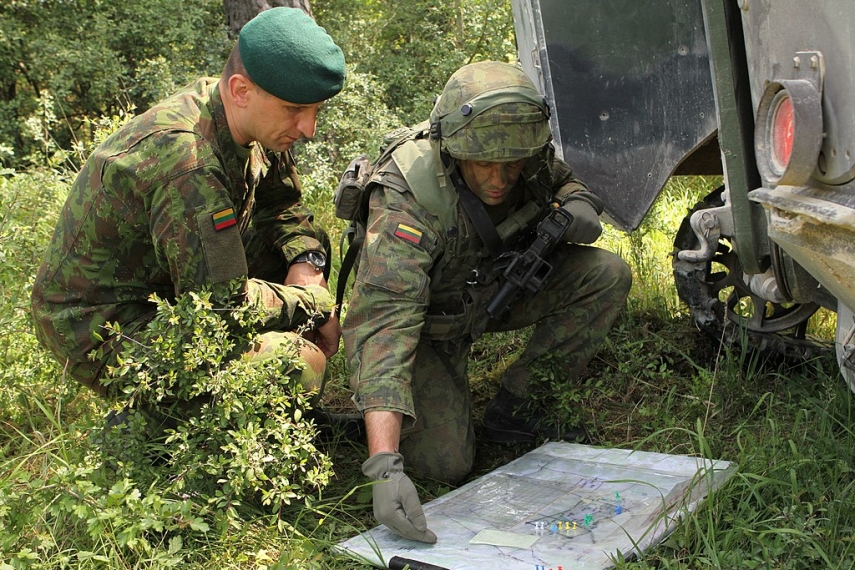 On a visit to Vilnius on Friday, the general said it's a sixth or seventh time he comes to Lithuania.

He also assured the Netherlands would continue participating in the international NATO battalion in Lithuania by rotating their forces every six months. Around 250 Dutch troops are now deployed in Lithuania's Rukla and it’s the second-largest group in the battalion under Germany's command.

On Friday, Beulen received the Lithuanian army's medal for merits.

Asked about the Dutch army's position on Chinese company Huawei's technology, he said troops are banned from using mobile phones altogether in some zones, but he assured there are no specific restrictions on the use of this company's mobile equipment.

"Our forces are here, in Rukla, in the barracks and they do exercise in all of the country. And we do not have any limitations on that (Huawei's technology)," the Dutch army chief told BNS Lithuania.

The United States has been pressing its partners in Euripe recently to renounce Huawei technology, saying that it might be used by China for spying Western businesses, which Huawei strongly denied.

The US ambassador pressed the Lithuanian government not to allow China's technology giant Huawei to participate in the development of the country's fifth generation, or 5G, network, Reuters reported last week.

Representatives of the Lithuanian government say there are no reasons yet to ban the use of Huawei equipment for civilian purposes but Minister of National Defense Raimundas Karbolis said earlier there would be no Huawei technology in the country's national defense system.