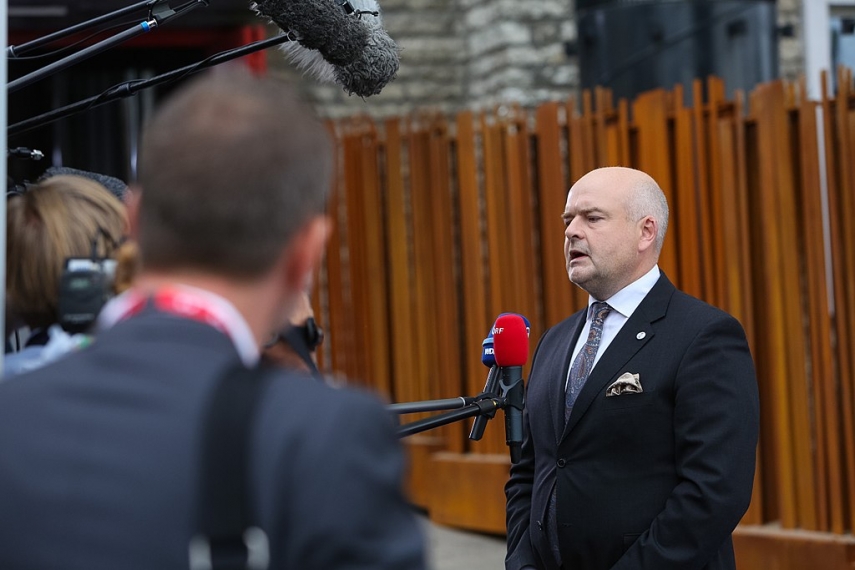 TALLINN – Referring to contradicting reports published in the Saturday edition of Ohtuleht daily, Estonian Conservative People's Party (EKRE) MP Enn Polluaas said that Interior Minister Andres Anvelt must either convincingly dispel the doubts that there exist as regards the lawfulness of his Estonian citizenship, or resign as a member of the government.

Polluaas was referring to the fact that the grandfathers of Andres Anvelt, Estonian Communist revolutionaries Jaan Anvelt and Richard Majak, lived in the Soviet Union with their spouses in the 1920s and 1930s and were not citizens of Estonia.

The MP said that where the Interior Ministry claims Anvelt to be an Estonian citizen by birth, historian Jaak Valge in the same edition of Ohtuleht proves the opposite.

"In accordance with the Citizenship Act of the Republic of Estonia, a child obtains citizenship when at least one of their parents has Estonian citizenship at the time of their birth. According to Jaak Valge, neither of Anvelt's grandfathers, coup leaders and communists Jaan Anvelt and Richard Majak, nor in very great probability their spouses, had Estonian citizenship. According to Valge, for this reason also the parents of Andres Anvelt, Jaan and Roosa, who were born in the Soviet Union, could not have citizenship," Polluaas said.

The MP said that if Andres Anvelt was deemed to have citizenship by birth based on incorrect data, his citizenship must be revoked immediately.

"A person like this needs a visa or a residence permit for stay in Estonia, which he does not have. Nor can a person lacking Estonian citizenship be a member of any political party or the Riigikogu, serve in elected offices or in a government office," Polluaas said. "The minister responsible for law enforcement and security in Estonia must have no white spots in his record when it comes to citizenship. We want clear and documented proof from the government on whether Andres Anvelt has Estonian citizenship, and on what grounds, or not."

The paternal grandfather of Andres Anvelt, Jaan Anvelt, died during the period he was being interrogated in jail as part of Stalin's purges in December 1937.

Also Andres Anvelt's maternal grandfather, Richard Majak, was arrested in Russia as part of the purges in 1937 and remained in jail until the end of World War II. After occupying several positions of responsibility in the Estonian SSR, and spending the years 1949-1954 in jail and as a deportee for "bourgeois-nationalism," Richard Majak died in Tallinn in 1984 aged 86.