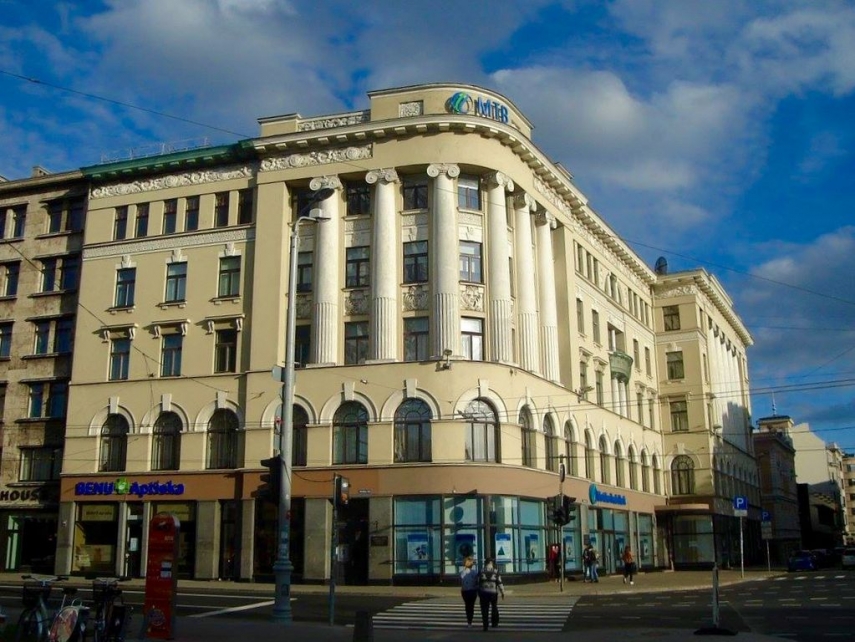 RIGA - The house at 38 Brivibas Street in Riga, where two apartments have been given to Latvia’s former presidents, has been assigned the status of category B property disrepair, and the tax rate on the building has been increased to 3 percent, Baiba Gailite, a representative of the Riga City Council’s Property Department, told LETA.

The property belongs to seven co-owners - the Finance Ministry as a representative of the Latvian state, three legal entities and three individuals. The building is situated next to the Cabinet of Ministers house and is managed by NIRA Fonds Apskaimniekosana.

Gailite said that in February the building’s manager submitted a finding saying that the building’s facade is in a generally satisfactory state but that some of its elements are damaged and should be removed in order to prevent safety risks.

Since the building’s owners have decided not to renovate the building’s facade, the Riga City Council’s committee in charge of the city’s dilapidated structures assigned the building category B disrepair status and applied the increased 3 percent property tax rate.