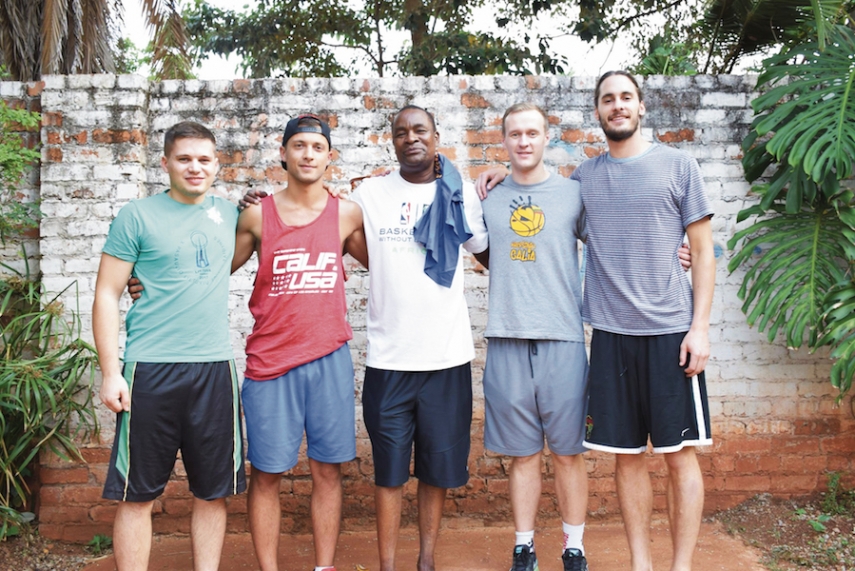 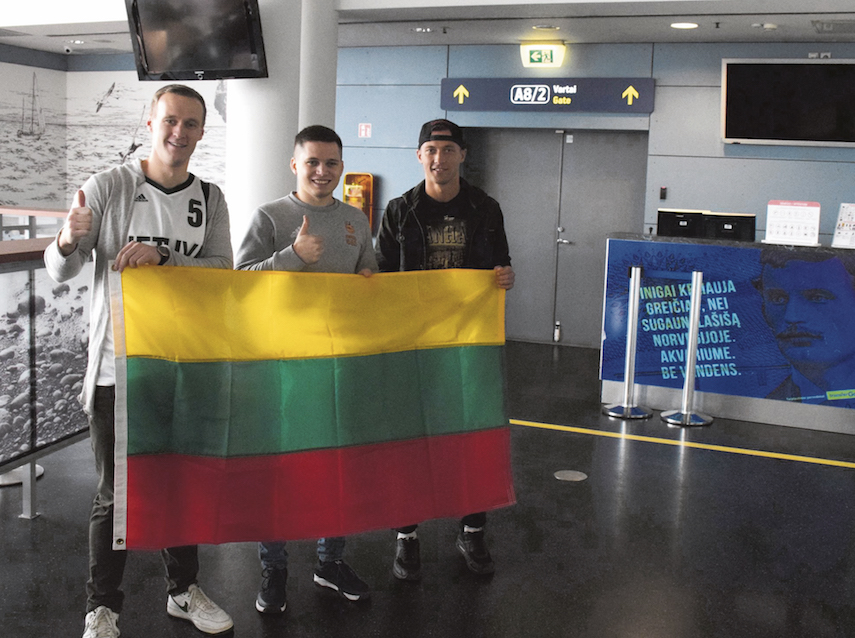 Next stop Zimbabwe! After a 15-hour flight coaches Lukas Danilevicius, Arturas Serzantas and Arminas Vareika will have an opportunity to learn more about Zimbabwe's culture and gain some hands-on experience from Hoops 4 Hoops 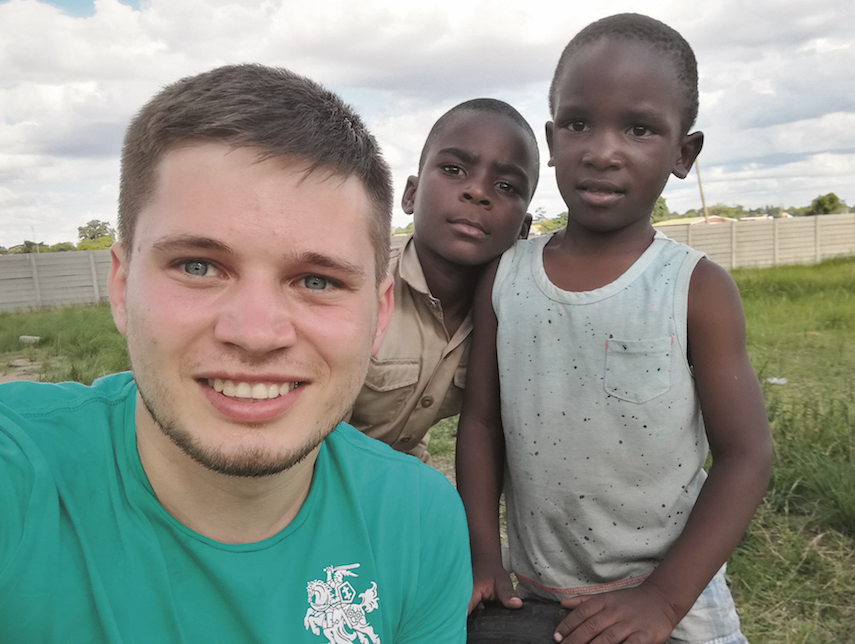 Arturas Serzantas is a participant of Basketball Power program

“The trip has been a huge investment in the Basketball Power (BP) programme. Hoops 4 Hope is like a big brother to Basketball Power”, says Peter Kazickas, the grandson of the late philanthropist multi-millionaire businessman Juozas Kazickas. After volunteering with H4H soon after leaving high school, Peter Kazickas realised that the programme could be adapted in Lithuania. And, voila, the dream has come true with the exuberance and devotion of Arminas, Lukas and Arturas, who took the opportunity to teach basketball, and perhaps give a lesson on the exact location of the basketball Mecca, Lithuania, to the Zimbabwean kids.

"The Hoops for Hope coaches, led by Ngoni Mukukula, are the most incredible people I've ever met," said Arminas. "They’re amazing role models not just on a basketball court, but in daily life as well. During the day, whilst children are at school, the coaches' responsibilities include taking care of the H4H facilities and getting ready for practice in the afternoon. And when the children gather after school, they dedicate all they've got to changing their lives."

“The trip to Zimbabwe was my first experience of this kind in a foreign country within the programme and hopefully not last one”, Lukas Danilevicius, who’s been with the programme for four years now (he’s also a coach at Lithuania‘s National Basketball Academy) told The Baltic Times.

During the stay in Zimbabwe, he understood that the Zimbabweans, character-wise, are very bubbly and vivid despite often being impoverished.

“For me, it was very surprising to see how sincere people can be. As I’d brought some basketball apparel from Lithuania, I gave it as a gift to a local girl. She thanked me and left. For the next few days she could be seen walking with it on”, Lukas grinned.

“The children wanted to touch us and talk to us wherever we went. I felt like a celebrity with the hordes of local kids following me and the other coaches”, Danilevicius noted.

What surprised him in particular was the local basketball training.

“It’s completely different to ours. There, they learn dancing and singing and fully immerse themselves in the cacophony of the rhythms and moves of the music. With 200 children at a training session under the supervision of four coaches, we had no problems with discipline whatsoever. There was a moment when I started moving my own hips to the rhythms together with the children. It was overwhelming. Mind-blowing, I‘d say”, recalled Danilevicius, who’s 23 and who grew up in the town of Alytus in southern Lithuania.

For Arturas Serzantas, another BP coach, the trip to Zimbabwe was also the first one within the framework of the Basketball Power project.

“The trip was an unbelievable experience that’s encouraged me to work harder and be more motivated within the programme,” Serzantas told The Baltic Times. “I was amazed by Zimbabwean culture and traditions.”

The Lithuanian coaches arrived in Zimbabwe the day after a military takeover.

“Robert Mugabe had been ousted from power and the people were very jubilant, as if having regained their freedom. People welcomed us everywhere with smiles.

It was impossible to walk or drive through the streets without being waved at or being greeted. And the children participating in the programme wanted to touch and pinch us as if checking to see whether we were real. We were told later that many of them had never seen a white man before”, Serzantas remembered with a smile.

“In Lithuania, one coach works with between 10 and 20 children, whereas in Zimbabwe some 200 or even children attend a training session. And what’s fascinating is that their sessions are enriched with local African culture and customs. As with the other coaches, I was also engulfed in the training-turned-dancing-and-singing”, Serzantas grinned.

“The highest achievement of all my work within the framework of the Basketball Power programme is to properly use the opportunity to help others,” he added.

Born in Salcininkai, the 24-year-old coach also works as a basketball trainer in the Capital Basketball School and as a physical education teacher in a kindergarten.

The coaches are thankful for the opportunity the Kazickas Family Foundation has given them and look forward to dribbling the ball somewhere else in the world soon.