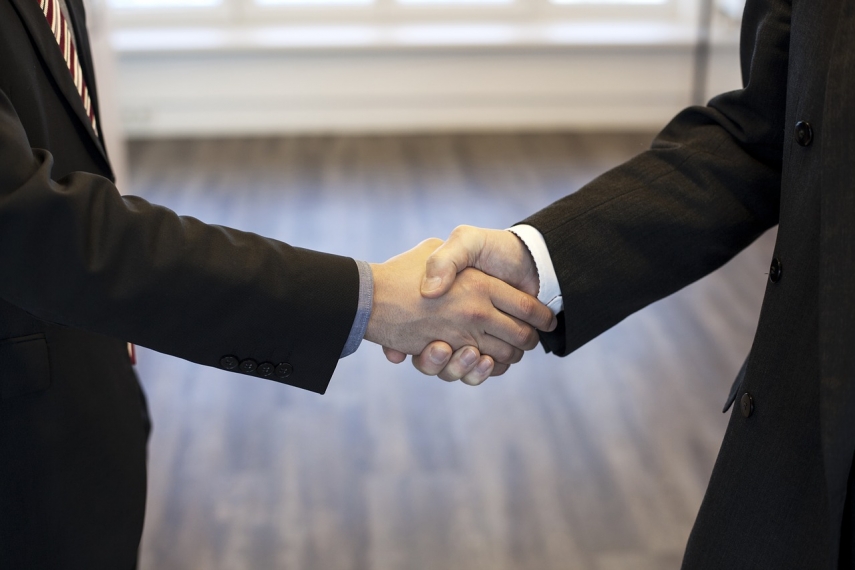 RIGA - Harmony and Honor to Serve Riga (GKR) have finally reached a comprise and signed a coalition agreement, representatives of the two political parties announced after a meeting on Monday.

As a result of this, Olegs Burovs (GKR), who is running for the post of Riga mayor, can count on 35 votes, including 11 from his GKR party, 17 from Harmony, four from the Group of Independent Councilmen and three from For Riga bloc.

Under the coalition agreement concluded between Harmony and GKR, Harmony is entitled to delegate two vice mayors. One of them will be filled as soon as the city council elects a new Riga mayor and the other position of vice mayor will be created on January 1, 2020. Harmony has nominated its group leader Anna Vladova and councilman Sandris Bergmanis for the posts of vice mayor.

Burovs and Bergmanis will also be nominated for the vacant seats on the Freeport of Riga Board. After Burovs is elected Riga mayor, Olga Veidina (Harmony) will take over as chairperson of the city property committee.

Vadims Baranniks will stay on as the other vice mayor for now.

As reported, the extraordinary meeting Riga City Council that was supposed to begin at 10:00 a.m. has been moved to 1:00 p.m., LETA was told at the city hall.

Burovs told journalists that the meeting was postponed in order to discuss some “technical issues” with Harmony party. Asked to specify what he meant by the “technical issues”, Burovs said the discussion would be about the distribution of spheres of control between Harmony and GKR.

To get elected, a candidate has to receive at least 31 of the 60 votes. Burovs has so far secured the 11 votes of the GKR group, four votes of the Group of Independent Councilmen and three votes from For Riga group. Harmony, which also has promised Burovs 17 votes, still had not concluded a coalition agreement on Sunday, thus making its position rather uncertain.

Unity and the New Conservative Party, meanwhile, are not planning to support any of the existing candidates as they want a snap election to be called in Riga.

The office of Riga mayor has remained vacant since June 21 when Dainis Turlais (GKR) was unseated as Riga mayor in a no confidence vote.