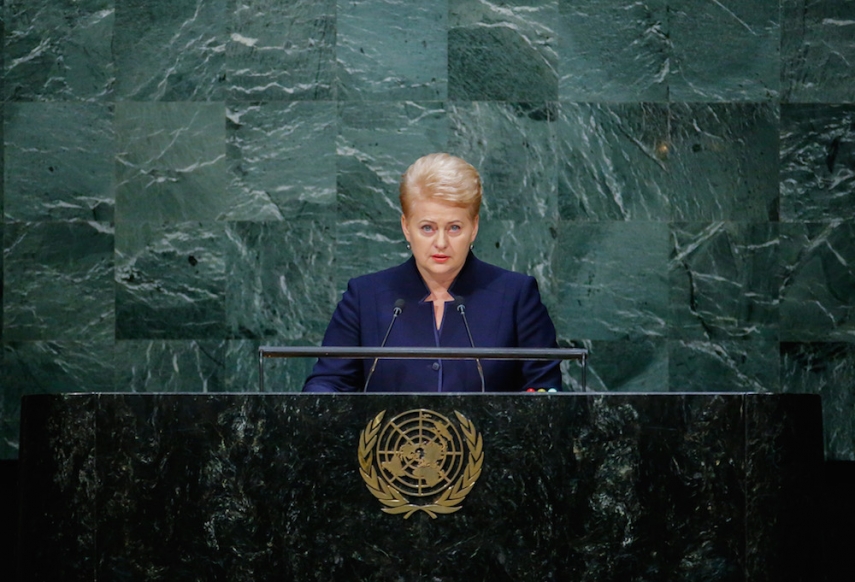 Lithuanian President Dalia Grybauskaite has been ruled out as a candidate for the position of United Nations’ Secretary-General.

On January 5, 2015, Grybauskaite’s press service confirmed she would not be running for the post.

Grybauskaite was listed by a number of NGOs who support transparent elections and an increased number of females in high positions of political power.

However, the Lithuanian president's senior adviser, Daiva Ulbinaite, told BNS: “The president is not running.”

Many observers also felt Grybauskaite would likely face a veto from the Russian Federation.

Previously, UN Secretary-Generals were usually selected in backroom negotiations among the world’s most influential states.

However, 2016 is the first year that countries have been invited to publicly propose their candidates.

In December 2015, Presidents of the UN General Assembly and Security Council urged member-states to present their candidates in advance before the first hearings scheduled for March and April 2016.

Ban Ki-moon of Korea is the current UN Secretary General.