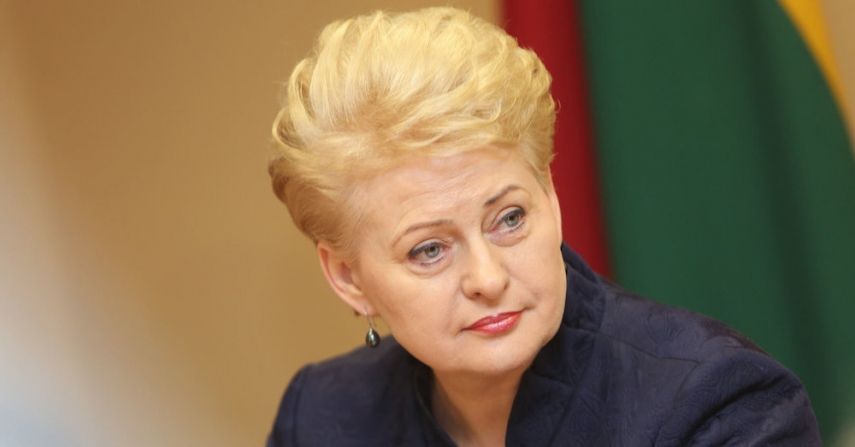 Lithuanian President Dalia Grybauskaite says she is not surprised by the finding of a British survey, which concluded that Russian President Vladimir Putin "probably approved" the poisoning of former KGB agent Alexander Litvinenko in London.

"To us it is not a large surprise, (…) because these suspicions surrounding Litvinenko’s death have been around all the time,” Grybauskaite told the U.S. CNN television channel on January 21, 2016.

The statement was then circulated by her press service.

According to Grybauskaite, more facts about "the neighboring country's behavior" have emerged in the long run after Litvinenko's death.

She refused to comment on the actions Great Britain should take in the wake of the conclusions.

In his presentation of the conclusions of the investigation in of the death Litvinenko’s death, a British judge said in a high court of London that "the FSB operation to kill Mr. Litvinenko was probably approved by Mr. Patrushev and also by President Putin."

Following the conclusions, Great Britain on Thursday summoned Russia's ambassador to the U.K.

London also froze the properties of both of key poisoning suspects, Andrey Lugovoy and Dmitriy Koftun.

Litvinenko passed away in late November of 2006 a few weeks after having drinking tea containing Po-210 isotope in a London hotel.

Polonium is a highly radioactive substance, which is accessible virtually for military and scientific purposes only.