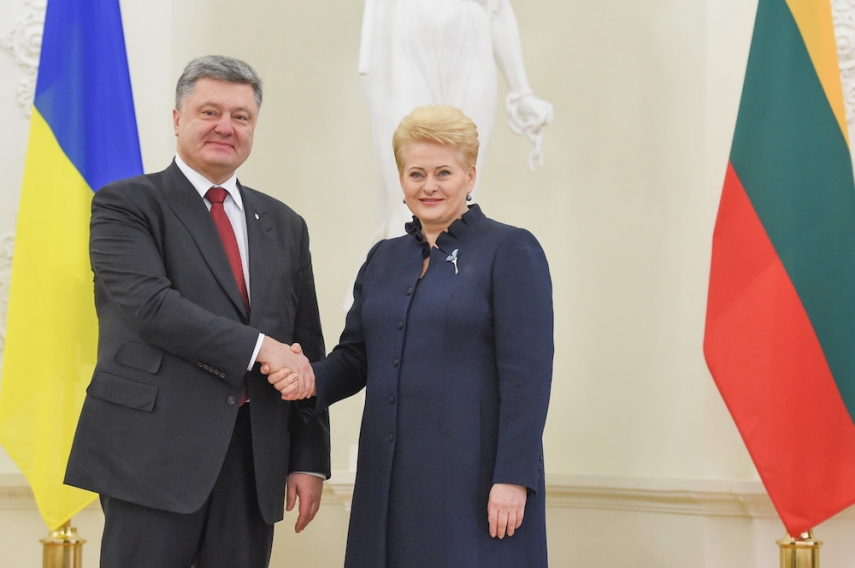 During a meeting with the Ukrainian President Petro Poroshenko in Vilnius on December 2, Lithuania's president, Dalia Grybauskaite, criticized the Kremlin’s behavior and called for extension of sanctions.

"A fragile truce in Ukraine is not peace,” read a press release from Grybauskaite’s office. “The ceasefire agreement is being constantly violated, heavy military equipment has not been withdrawn, and Ukrainian control over its border has not been restored.

Russia continues to undermine international law in Ukraine, and the fight against terrorism that Russia is demonstrating is hardly convincing.

The security of Europe and Ukraine is not a bargaining chip.”

The two presidents presided over the eighth Lithuanian-Ukrainian presidential council, which addressed the security situation in Ukraine, the implementation of the Minsk peace accords and the key legal and economic reforms underway in Ukraine.

Grybauskaite restated the strong support of Lithuania and the rest of Europe to the people of Ukraine who defend their freedom and are attempting to create a transparent and open state.

"Sanctions against the aggressor must remain intact until the Minsk agreements have been fully implemented," the release continued.

According to the communique, Lithuania consistently supports the European direction Western Ukraine has chosen, plus Ukraine’s aim of securing visa-free travel to the European Union (EU).

Furthermore, Grybauskaite said that the Ukrainian-EU free trade agreement should be implemented without delay and without new reservations.

Only a month remains until the treaty is implemented.