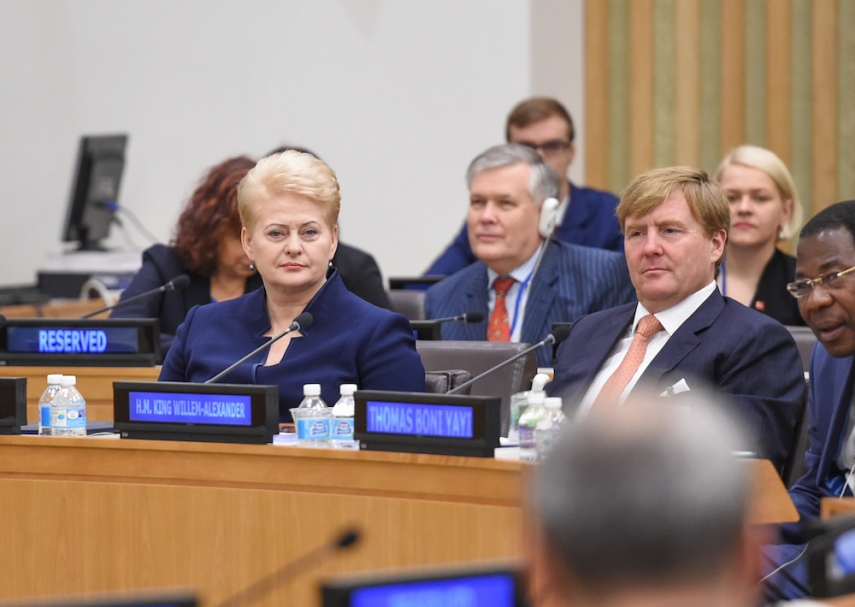 Lithuanian President Dalia Grybauskaite has slammed her Russian counterpart, Vladimir Putin, for delivering a “neo-Stalinist” speech at the United Nations.

Grybauskaite added the speech was characterised by “rhetoric we heard almost 100 years ago.”

"I view the speech by President Putin as that of a leader who lives back in the 20th century and even more – a neo-Stalinist, who adores dictatorships, rebukes democracy and accuses the West for everything,” said Grybauskaite. This is the rhetoric we heard almost 100 years go, nothing has changed," Grybauskaite told journalists

According to Grybauskaite, the speeches given by Putin and United States’ President Barack Obama showed "the presidents are from different worlds" and they "are still unable to get through to each other and understand each other."

Grybauskaite described the almost non-existent outcome of the almost two-hour meeting between Putin and Obama as “not good.”

The West and the East - these two blocks cannot agree and cannot become closer.

“The warm-up did not happen," she lamented.

In his speech at the UN on Monday, Putin criticised the West for "democratic revolutions" and stated that "rather than bringing back reforms... it has resulted in a brazen destruction of national institutions and the lifestyle itself."

The nearly two-hour meeting between the Putin and Obama took place in New York on September 28, for the first time in almost two years.