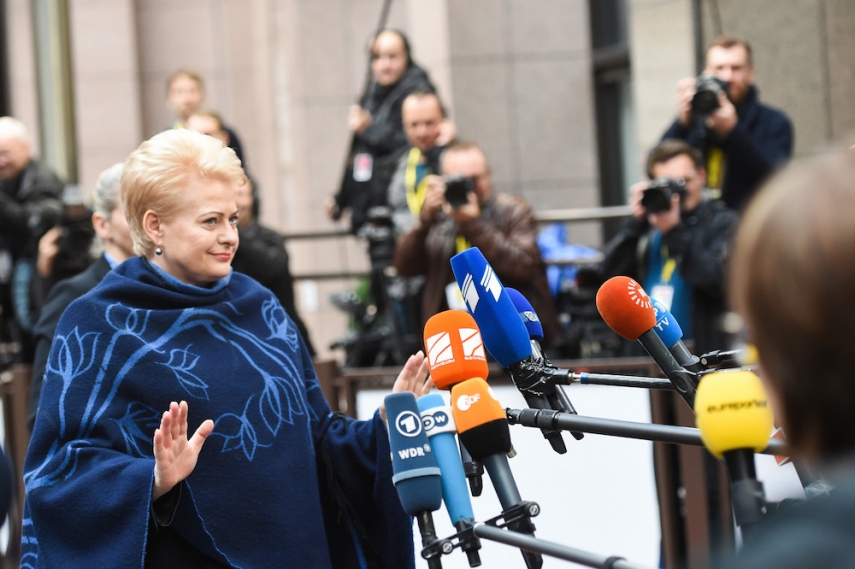 Lithuanian President Dalia Grybauskaite says a second Nord Stream 2 gas pipeline linking Russia and Germany under the Baltic Sea should not be built before the European Union is confident it will not conflict with EU interests.

The Nord Stream 2 project is a proposal by Russian gas giant, Gazprom.

"There is a letter from Lithuania and another six nations to the European Commission, asking to look into whether this pipeline does not contradict the EU’s Energy Union (...) and whether it does not run counter to the EU's interests,” Grybauskaite told LRT on December 17. “[This is] in terms of fair competition, transparency, solidarity, and compliance with the third energy package and reforms.”

"I think there are a lot of questions and until we have answers to these questions, this project should not go ahead," she said.

In September 2015, Gazprom and five European companies signed an agreement on a joint venture named the New European Pipeline.

The plan is to build two additional Nord Stream channels by late 2019. It is said it will double the pipeline's annual through-flow to 110 billion cubic meters.

Mantas Bartuska, the CEO of Lithuanian LNG terminal operator Klaipedos Nafta, said that Nord Stream 2 will have no direct impact on Lithuania.

He added it is a concern for Poland, which may have to pay a higher price for gas.

President Grybauskaite is currently at the EU Summit in Brussels, which started on December 17.