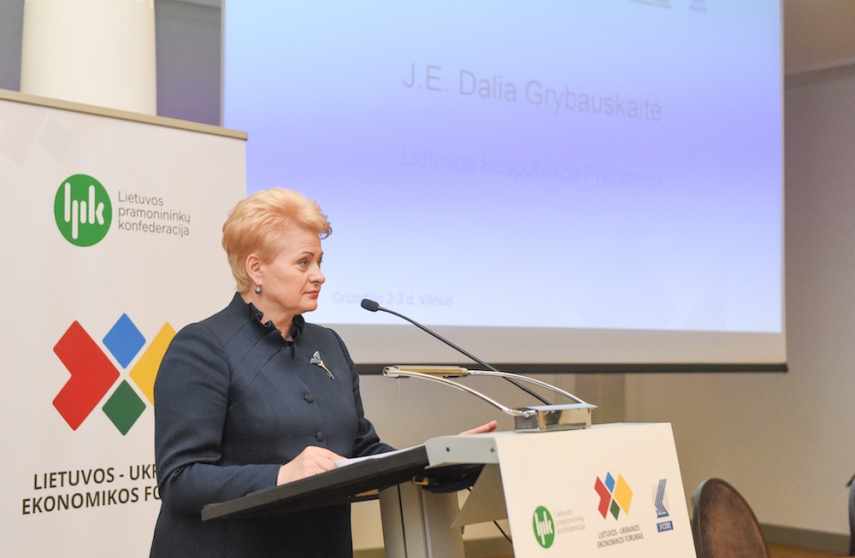 “We see Ukraine as an important political and economic Lithuania’s partner,” said Grybauskaite at the opening of the Lithuania-Ukraine business forum in Vilnius.

We want to see Ukraine as a successful participant of the global market, [and] facing Russia’s aggression, Ukraine should and ought to integrate into the global and European economic space.”

Grybauskaite added Ukraine should focus its trade towards Western Europe, as the country may soon feel eel the effects of Russia’s imposed sanctions.

Moscow decided to impose sanctions on Kiev, due to the latter’s signed free trade agreement signed with the European Union.

“Starting from January, when the free trade agreement comes into effect, you’ll probably feel the whole effect of these sanctions,” Grybauskaite continued.

“But believe me, these sanctions are counterproductive to Russia. They will encourage Ukraine to speed up refocusing towards the West, towards the area dominated by transparency, efficiency and an entirely different business culture.”

To achieve that goal, Ukraine should choose a very far-reaching path of reforms, she concluded.