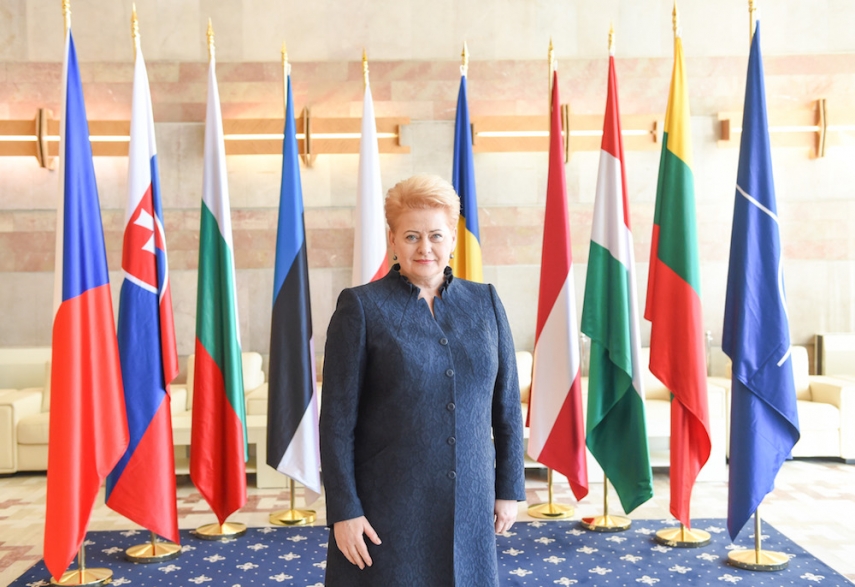 Grybauskaite is currently at the Central European Summit in Bucharest [Image: LRP.lt]

The meeting will seek additional NATO capacities to deter Kremlin aggression in the region.

The parliamentary speaker of the Czech Republic will also attend.

Diplomats say the informal coalition of the Central and Eastern European countries intend to voice concerns regarding Kremlin threats, and will call for long-term additional NATO capacities in the region.

In a press release issued on the eve of the meeting, the Lithuanian presidential press service said that the Bucharest summit would discuss "the threats facing countries in the region, the implementation of the Wales agreements (reached during the Wales summit in September 2014) and the NATO’s further defence and deterrence steps to ensure the security of Central European countries."

In spring 2015, defence chiefs of Lithuania, Latvia and Estonia asked NATO's military leadership for the permanent deployment of a battalion-sized unit in each of the three nations.

Each which would form a brigade. A decision on the matter is yet to be finalised.

Since 2014, a company of around about 150 U.S. troops have been stationed in each of the Baltic states.

European Allies are also sending more troops for exercises. However, this is not done on a regular basis.

Lithuania intends to also raise issues of defence in Baltic air space, as Russia has secured strong airspace control by way of military capacities in its Kaliningrad region, which borders Lithuania.