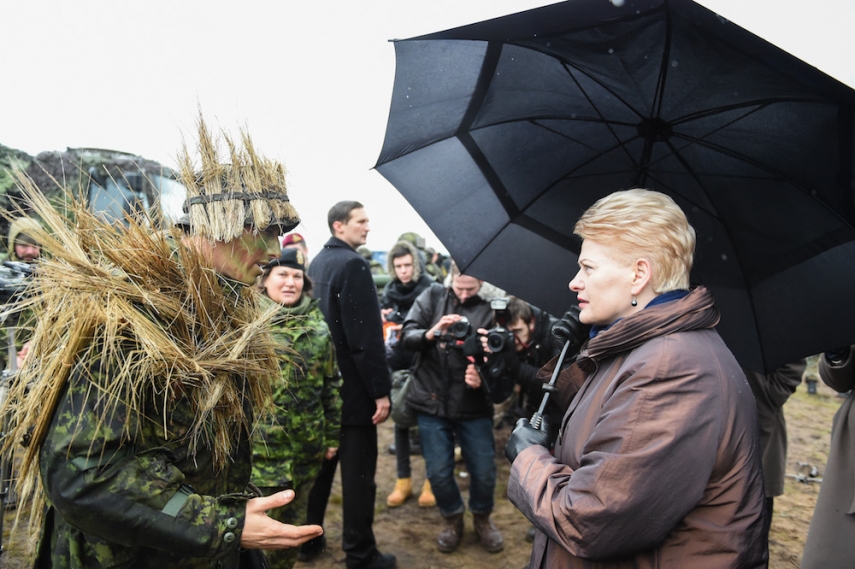 All troops use their own equipment. The exercise was initiated in 2014.

In Grybauskaite's words, the importance of the exercise lies in the fact that the Lithuanian Armed Forces are training together with NATO Allies and readying for collective defence under Article 5 of the North Atlantic Treaty.

"Our region is currently faced with increasing numbers of unpredictable threats that include elements of hybrid war,” Grybauskaite said in a press release issued by her office. “Therefore, an adequate, fast and well-coordinated NATO response is becoming vital.”

On November 18, a combined counterattack operation was be carried out with Rosomak armored personnel carriers, M1A2 Abrams main battle tanks, and other equipment and weaponry.

In November, Lithuania is hosting a total of five national and international exercises to step up the country's capacities to host NATO Response Forces, and  coordinate actions with Allies in order to properly respond to the challenges of hybrid war.