Grybauskaite - electricity can no longer be used to blackmail Lithuania 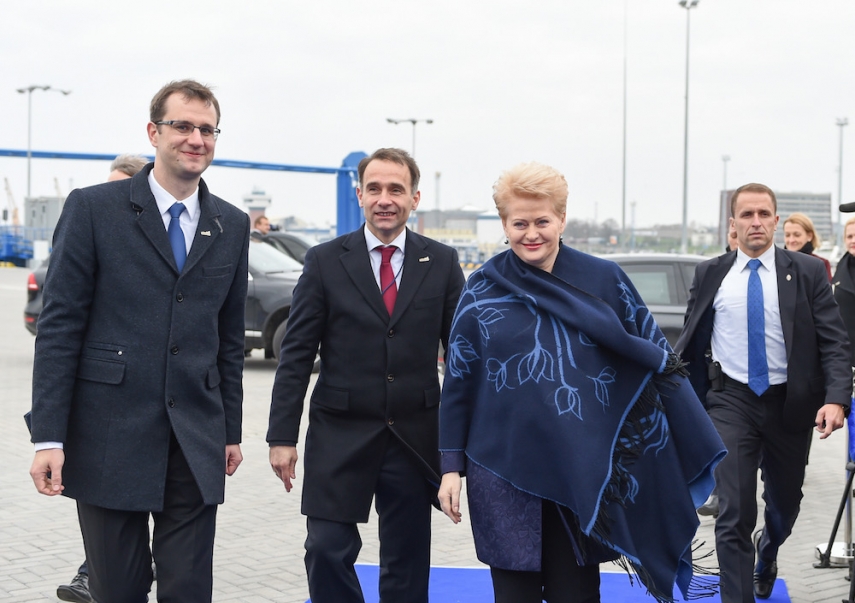 Lithuanian President, Dalia Grybauskaite, says that the LitPol Link energy transfer between Lithuania and Poland will ensure that electricity is no longer used as a tool to influence the economic development of Lithuania and other Baltic countries.

The LitPol Link was inaugurated on Monday, December 14.

Grybauskaite also said the same regarding the NordBalt connection between Lithuania and Sweden.

The president said told LRT Radio on Monday morning that high electricity and gas prices had been used as a means of blackmail for 25 years by Russia.

"Therefore, we, both on our own and together with our neighbours and the European Union, decided that the Baltic countries being energy islands was a very bad thing, which undermined political and economic security and independence," Grybauskaite said.

"Therefore, the opening of the links to Sweden and Poland, which follows the launch of the LNG terminal in Klaipeda (in December last year), is undoubtedly a strategic achievement not only for us, but for the whole of Europe as well.”

According to Grybauskaite, with the Baltic countries being linked to Scandinavia and Western Europe via power interconnections, no one will be able to use electricity as a tool of political pressure.

"This means that not only gas, but also electricity will no longer be used to influence the development of our state, and to buy our politicians and our public,” she continued.

"I am both proud and happy that we are stronger and have laid a very solid foundation for economic growth.”

The LitPol Link was opened in a ceremony in Vilnius on Monday afternoon.

The 370 million euro, 500-megawatt LitPol Link is the first electricity link between the technologically different grids of Lithuania and Western Europe.

Its construction was financed by the European Union, Lithuania’s power grid operators, Litgrid, and its Polish counterpart, PSE.

The 550-million-euro, 453-kilometer NordBalt connection is the first electricity interconnection between Lithuania and Scandinavia.

It links together the infrastructure around the Baltic Sea countries. It will increase the Baltic countries’ capacity to import Scandinavian electricity by 70 percent.