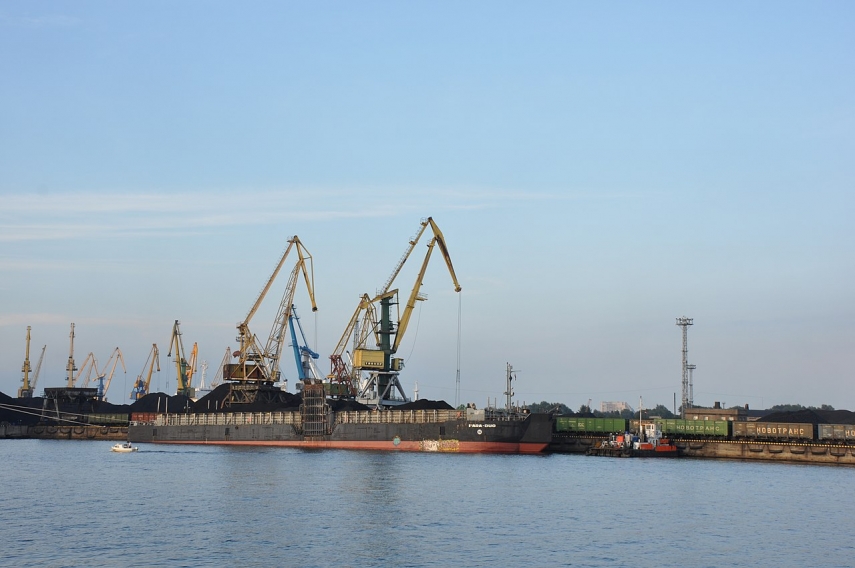 RIGA - Lawmakers of the Union of Greens and Farmers have collected 36 MPs' signatures necessary to ask President Egils Levits to suspend the promulgation of the recently amended Port Law for two months.

"If no such request is received during the aforementioned two-month period, the law shall then be proclaimed after the expiration of such period. A national referendum shall not take place, however, if the Saeima again votes on the law and not less than three-quarters of all members of the Saeima vote for the adoption of the law," the Constitution says.

"Latvian ports are a great treasure of our country and they have to be managed with utmost care and responsibility. Sadly, we have to conclude that rushed and inconsiderate port management reforms are undermining and neglecting this treasure. They do not suggest of a responsible actions," Greens/Farmers representative Dace Karklina said, communicating the party's position to LETA.

Opposition Saeima members claim that the amendments to the Port Law were adopted based on the political slogan on the necessity for a "simple port management reform" and believing that the transformation of the Riga and Ventspils port authorities into capital companies is a "formal matter not worthy of a Saeima debate".

The parliamentarians argue that the amended Port Law sets an unacceptable precedent which "in the future will threaten the territorial and financial autonomy of any local authority" in Latvia through insufficiently debated, unsubstantiated and essentially needless administrative reforms.

As reported, the amended Port Law passed the final reading in the Saeima on February 10.

The law MPs were amending was titled Law on Ports, but the Saeima decided to rename it as Port Law.

According to the amendments, two companies will be established to manage the ports of Ventspils and Riga. The local governments will also be allowed to own shares in the state-controlled port companies on the condition that the state keeps at least two-thirds of the shares.

Once the bill comes into effect, the state and the respective local governments will have nine months to agree on establishing a state-owned company which will take over the functions of the Riga Port Authority and on the local government's involvement in Ventas Osta, the manager of Ventspils Port.

According to the amendments to the Law on Ports, the Ministries of Transport, Finance, Economics and Environmental Protection and Regional Development would be holding shares in the port companies on behalf of the state. The Transport Ministry will hold a 40 percent stake, and the Ministries of Finance, Economics, as well as Environmental Protection and Regional Development would each hold 20 percent in the state capital companies.