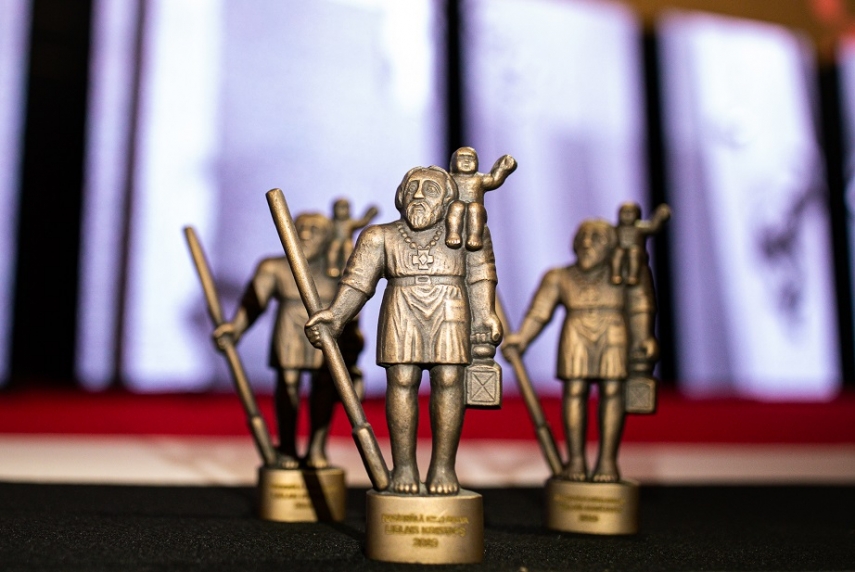 She said that a special screening of Oleg would take place at the movie theater on November 23, which would also be attended by the film crew. After the screening, the statuette will be returned to its rightful owner.

Neither Jansone nor the organizers of the Great Kristaps Awards ceremony agreed to tell LETA how the missing award had been found. They did say though that the police did not need to intervene.

As reported, the statuette of Great Kristaps presented to Godfrejow disappeared. The statuette was last seen shortly after the awards ceremony in the Versailles Hall of the Splendid Palace movie theater together with two other awards presented to Oleg's creators.

The film's producer Alise Gelze said that director Kursietis had put the three statuettes on a table while he was giving interviews to media representatives. Afterwards it was discovered that one of the statuettes had vanished.

The producer said that the statuette might be stolen and voiced hope that the organizers of the Great Kristaps Awards will make a replica, so that it can be sent to Godfrejow whose contribution to the award winning film is invaluable.

"It's the first time something like that has happened. We hope that the person who took the statuette will return it so we can give it back to its owner," said Gelze.

At the Great Kristaps Awards ceremony on November 12, Kursietis' film Oleg was awarded as the best picture, and Dawid Ogrodnik who plays a part in the film was named best supporting actor. Godfrejow received the Great Kristaps for the best cinematography.