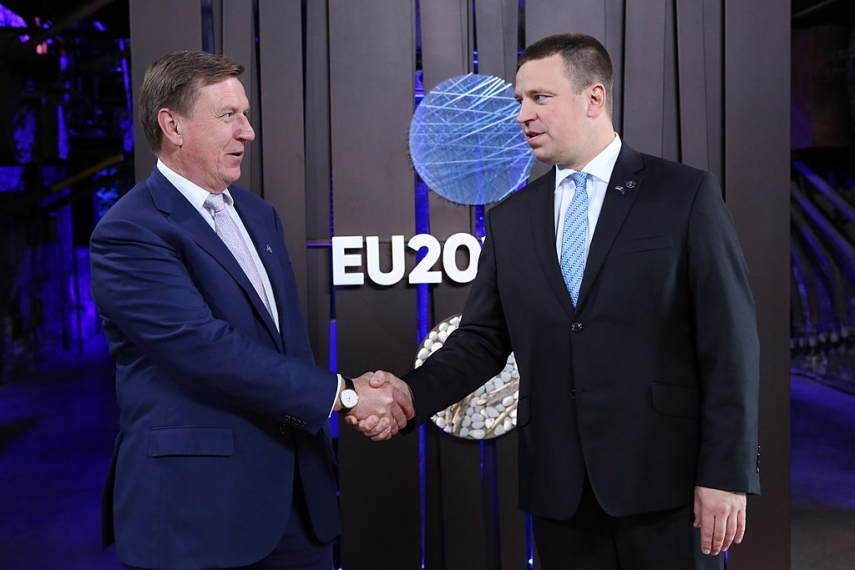 RIGA - The governments of Latvia and Estonia are to hold their first joint meeting in Riga next Tuesday, August 21, to discuss matters of common interest, LETA was told at the Latvian State Chancellery.

The first joint meeting of the two neighbor countries’ governments will take place at the National Library of Latvia and it will mark the 100 years since establishment of Latvian and Estonian states.

Latvian Prime Minister Maris Kucinskis and Estonian Prime Minister Juri Ratas will be chairing the sessions of the joint governmental meeting, which will focus on regional cooperation between Latvia and Estonia, strengthening of regional security, as well as a joint implementation of regional energy and transport infrastructure projects. In addition, promotion of digital connectivity and other issues related to boosting growth and convergence within the EU will be discussed.

During the meeting the Latvian and Estonian interior ministers plan to sign an intergovernmental agreement for sharing population register data.

The joint government meeting will be followed by a book donation ceremony. During the ceremony, cabinet members of the Estonian government will donate books to the People’s Bookshelf of the National Library of Latvia.

The highlight of the ceremony will be the presentation of Latvian and Estonian Language Promotion Award (Languages Award), a prize established by foreign affairs ministries of both countries.

Bound by shared regional interests in the Baltic Sea region and close partnership within the EU and NATO, Latvia and Estonia are engaged in an active political dialogue. Close collaboration between line ministries, local governments, business communities and non-governmental sector of both countries spans across multiple areas, the State Chancellery said.