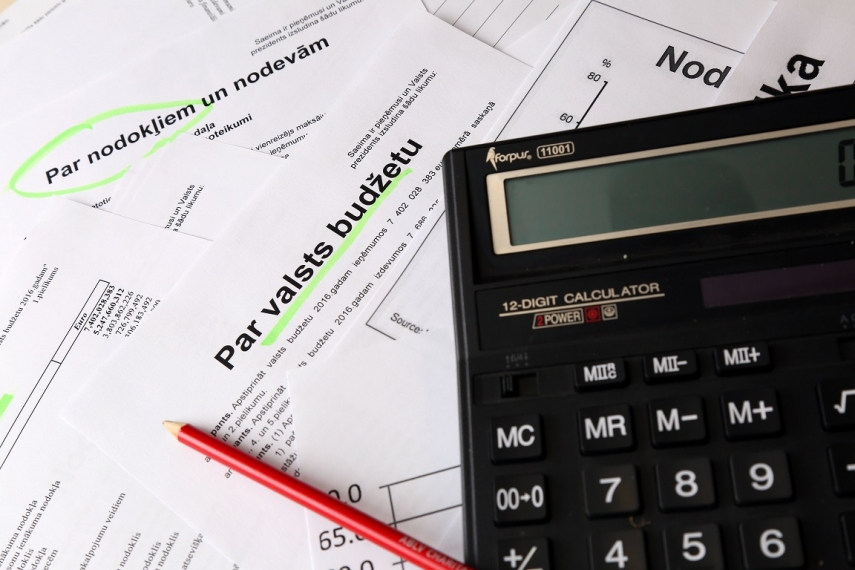 The budget plan stipulates that defense spending will amount to 2 percent of gross domestic product next year. Total financing for healthcare will be over EUR 1 billion.

Financing for renovation and maintenance of highways will be EUR 236.1 million in 2019. The medium-term budget also states that increasing teachers' minimum salary will have a financial impact of EUR 17 million next year.

The draft budget also states that fiscal safety reserve will be 0.1 percent of GDP or EUR 31 million. General government deficit will decrease to 0.7 percent of GDP, while national debt is projected at 38.5 percent of GDP, as compared to the euro area's average of 84.1 percent.

According to the Finance Ministry’s forecast, Latvia’s gross domestic product will grow by 4.2 percent this year, which would be by 0.2 percentage points more than planned at the beginning of this year. The ministry said that the economy has been growing faster than expected thanks to strong performance in the first half of 2018, achieved largely thanks to an increased inflow of investment and export growth.

In the following years, the Finance Ministry expects investment growth to become more moderate, with Latvia’s overall economic growth also likely to slow down, stabilizing at the annual rate of 3 percent.

Latvia’s average annual inflation is projected at 2.5 percent both for 2018 and 2019, down 0.3 percentage points from the previous forecast made at the beginning of this year.

The stronger-than-predicted economic growth will also make unemployment drop faster than previously thought. The average unemployment rate is now projected at 7.7 percent for 2018 and 7.4 percent for 2019, down 0.3 percentage points from the earlier prognosis. Accordingly, the number of employed people will also grow faster, rising by 1.2 percent this year and 0.1 percent in 2019.

The average rate of wage growth is forecast at 8.3 percent for 2018, which means that the average gross monthly wage will reach EUR 1,003 this year. The wage growth forecast has also been upped by 0.3 percentage points.