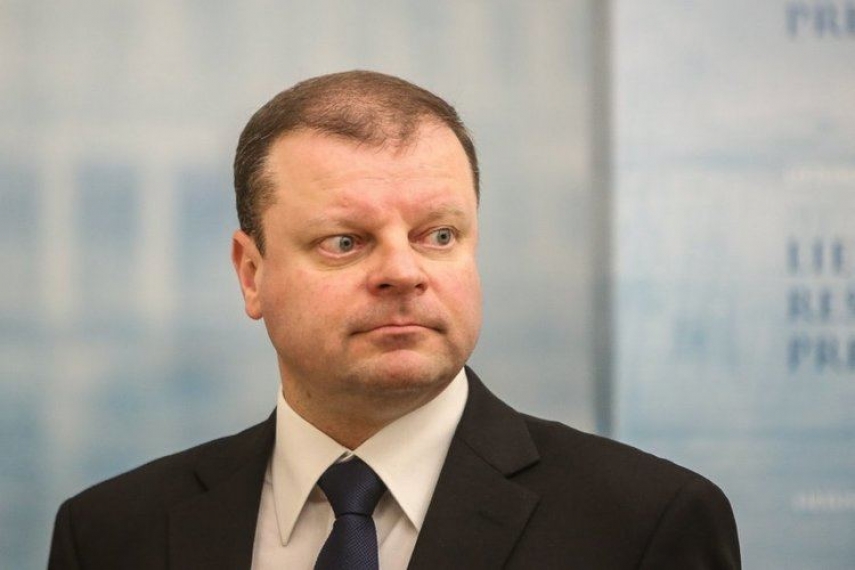 VILNIUS - Lithuanian Prime Minister Saulius Skvernelis, one of the three front-running presidential candidates, says Estonian President Kersti Kaljulaid, who is to pay a visit to Moscow later this month, defends national interests, adding that it takes courage to meet with an aggressive opponent.

Skvernelis, the presidential candidate of the ruling Lithuanian Farmers and Greens Union (LFGU), expects that Kaljulaid will voice her own position and that of EU member states regarding Vladimir Putin's policies in Ukraine and Georgia when she meets with the Russian president in Moscow.

"(...) I respect the position of that state (Estonia) and the courage to talk to a very aggressive opponent, who is also a neighboring state," he said.

However, Skvernelis and his two opponents – Ingrida Simonyte, the conservative Homeland Union–Lithuanian Christian Democrats' candidate, and Gitanas Nauseda, who is standing as an independent in the May presidential election, noted in the debate that they did not know what the Estonian president was aiming to achieve by meeting with Putin.

Simonyte thinks that the Baltic countries should take a united stance toward Russia.

"One can try to talk to Russia about Ukraine or Sakartvelo (Georgia), but it seems to me that the international community has been doing so for a long time already and it doesn't look like we see any change in (Moscow's) posture. I'd read this message differently. It seems to me that we need to speak about the need for the Baltic states to start forming a more united position toward Russia," she said.

The lawmaker said she did not see at the moment what she could talk about with the Russian president.

Nauseda supports the consistent stance toward Russia that Lithuania has maintained in recent years.

"In my opinion, Lithuania's position has always been consistent and (...) linked to the fact that what happened in Ukraine can't be tolerated in the 21st century. This is a gross violation of international agreements and, for this reason, the Western community, not just Lithuania, has been quite united in their stance, although there are, of course, individual states that take a slightly different or milder position," he said.

However, Nauseda said that Lithuania "should not close all the windows for economic and cultural ties".

"I believe relations with Russian people should be Lithuania's top priority now, because we'll have to live with these people when the term of the current Kremlin leaders ends," he said.

Kaljulaid is scheduled to pay a working visit to Moscow on April 18 to open Estonia's renovated embassy building in the Russian capital.

The Kremlin confirmed last week that preparations were underway for a meeting between Putin and Kaljulaid during her visit to Moscow.