Germany will deploy rotating infantry troops to Estonia in 2016 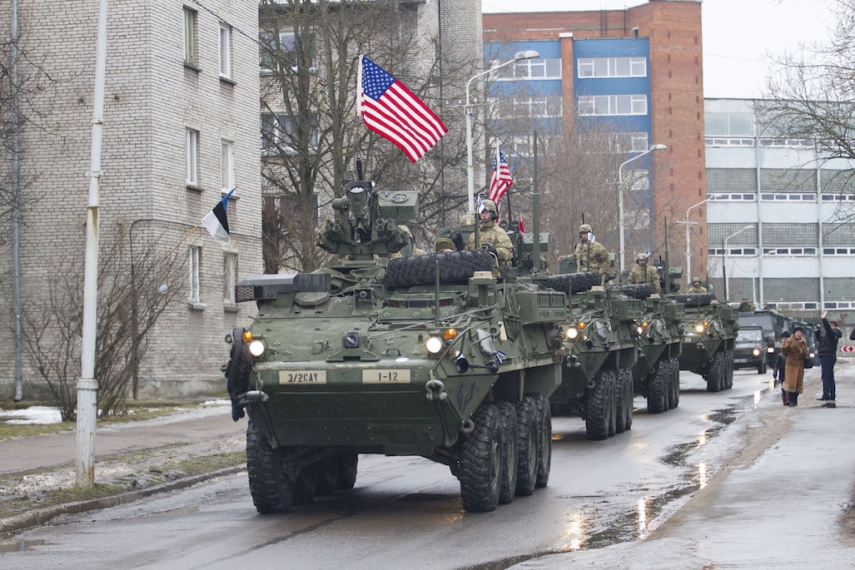 Of all 28 NATO member states from North America and Europe, only the United States has deployed rotating troops to the Baltic region following the Russian Federation’s annexation of Crimea in March 2014.

In April 2014, 650 U.S. troops were located to Poland, Lithuania, Latvia and Poland in order to work with each of the country’s militaries in helping prepare themselves against potential military intervention from Russia through training and taking part in shared military exercises.

Of the 650 troops stationed in the Baltic States, 150 were located to each of the four countries. The American 173rd Airborne Brigade Combat Team, the Sky Soldiers, was the first to train Estonian defence forces.

In October 2014, the paratroopers were rotated and replaced by another rotational unit - the U.S. Army’s 1st division.

Speaking to Postimees Online, the head of Germany’s defence committee, Hans-Peter Bartels, said: “Basically, a rotating company will be sent to three Eastern European countries for a few months, maybe for three months, to take part in exercises.”

From Monday May 18 to Thursday May 21, Estonia’s President Toomas Hendrik Ilves is in Germany on a state visit.

On Monday May 18, Ilves met with the Defence Commission of the German government, and with the German president Joachim Gauck. He also met with Germany’s Finance Minister Wolfgang Schäuble.