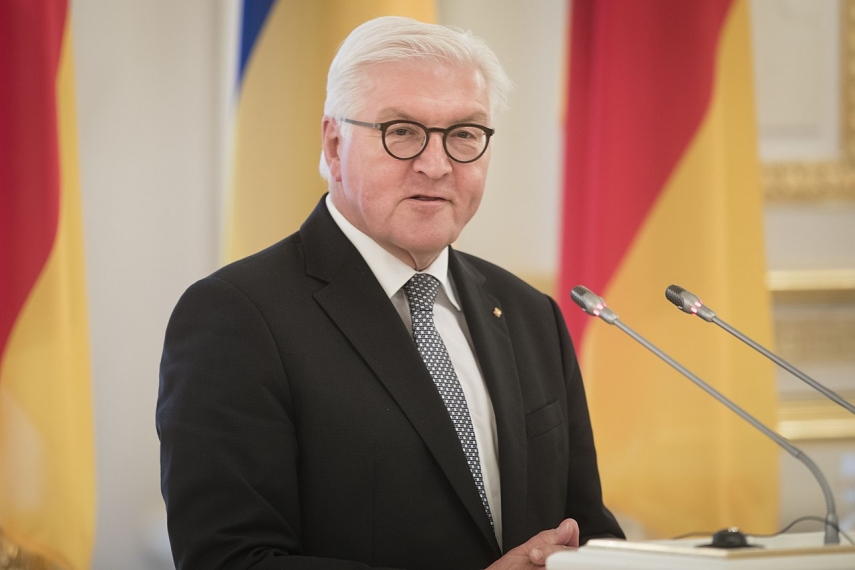 RIGA - German President Frank-Walter Steinmeier is due to make a visit to Latvia on February 15-16 to take part in an international academic conference dedicated to the centenary of the Latvian Constitution.

Justine Deicmane, head of the Latvian president's press office, informed LETA that the conference will take place at Riga Castle on February 16 . A meeting between the presidents of the two countries is expected to deal with a wide range of subjects concerning bilateral  relations and international affairs, including Europe's security.

The meeting between Steinmeier and Latvian President Egils Levits will take place at Riga Castle on February 15 and will be followed by the two presidents' joint news conference. On February 15, the German president will deliver a speech at the academic conference.

After participation in the conference, the presidents of Latvia and Germany will pay a visit to Riga's Wagner House as its patrons. They will also inspect the Rail Baltica construction site to underscore the project's significance for the connectivity of the Baltic Sea region.

The German president's wife Elke Budenbender will be accompanying Sneimeier on his trip to Latvia. On February 15, Budenbender and Latvia's First Lady Andra Levits are scheduled to meet with representatives of Riga TechGirls organization.