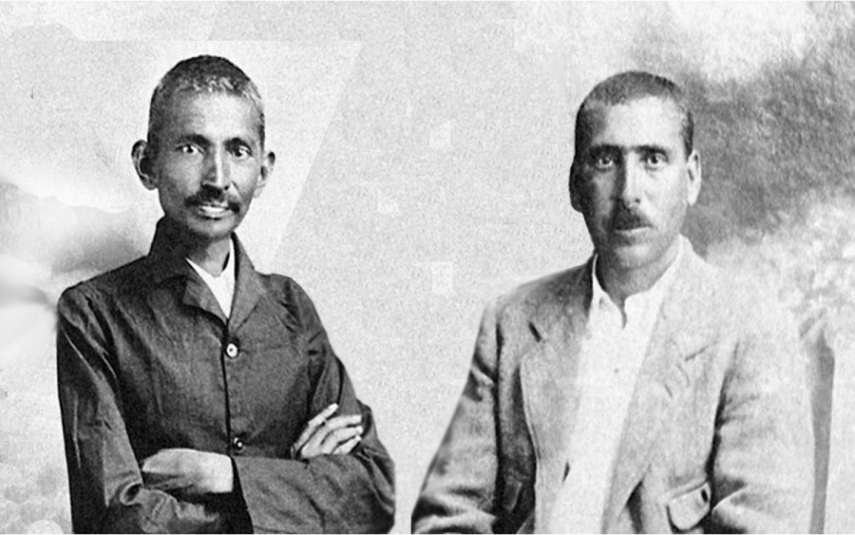 VILNIUS - A monument to India’s liberation leader Mahatma Gandhi and his friend Hermann Kallenbach, an architect born in Lithuania Minor, has been unveiled in the town of Rusne, western Lithuania, on Friday.
Attending the opening ceremony, Lithuanian Prime Minister Algirdas Butkevicius called the bronze sculpture a monument to the Lithuanian-Indian friendship and a testament to the achievements of Litvaks (Lithuanian Jews).
“Today, a monument to the friendship between the two people and two nations has been unveiled,” Butkevicius said, standing in front of the bronze monument almost two meters high on the bank of the River Atmata on the border with the Russian region of Kaliningrad.

Gandhi and Kallenbach met when they both lived in the Republic of South Africa. Kallenbach, a Jew raised in Rusne, not only became Gandhi’s close friend but also provided financial support for his ideas of peaceful struggle against the British rule of India.
Also attending the ceremony, Gandhi’s great grandson Tushar Gandhi called the peaceful resistance for independence an important link between Lithuania and India.

“It’s that philosophy that binds us together. It doesn’t matter whether Lithuania learned that from Gandhi or not. The fact is that they also adopted the same ideology and achieved access,” Gandhi told BNS in Vilnius.
In his words, the sculpture, made by Romualdas Kvintas and funded by private donations, is unique because it “celebrates friendship between the two people.”

Having declared independence in 1947, India has the second largest population in the world. Diplomats hope the unveiling of the sculpture will step up India’s interest in Lithuania.
“Lithuania is a fairly unknown country in India. So it’s a good opportunity to attract the Indian society’s attention to Kallenbach’s personality and Lithuania,” Lithuanian Ambassador to India Laimonas Talat-Kelpsa told BNS on Friday.