French expert: Establishing US base in Poland bilaterally would be bad for Europe 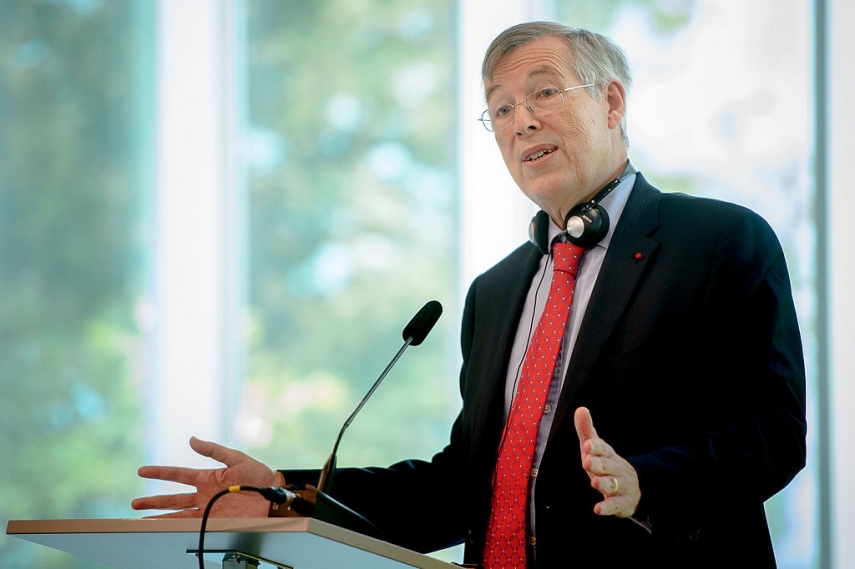 TALLINN - Russia would view the establishment of a US military base in Poland on a bilateral basis as a sign of fragility of the US commitment in Europe, well-known French strategic thinker Francois Heisbourg said in an interview with BNS.

"'Fort Trump' is at heart a destabilizing notion," Heisbourg, one of the speakers at the international Lennart Meri Conference to be held in Tallinn later this month, said in reference to the base's potential name put forward by Polish government officials on several occasions.

"Seen from Moscow, Polish attempts to bilateralize the defense relationship with the US can only be viewed as a sign of fragility of the US commitment in Europe," said the former head and current senior adviser at the International Institute for Strategic Studies (IISS).

Heisbourg said that in history, a strong bilateral relationship such as the one between the UK and the US during World War II can be broadened and strengthened into a multilateral alliance.

"This is what happened with the creation of NATO," he said.

"Conversely, it is rarely a good sign when a member of a multilateral alliance wants to carve out a bilateral regime, at the risk of giving the impression that the alliance is no longer good enough. That risk is particularly high if the American president is seen as questioning this country's role in the alliance," said Heisbourg, who advised French President Emmanuel Macron in the 2017 presidential campaign.

This year's Lennart Meri Conference, entitled "One Past, Many Futures," will bring together current state leaders, policymakers and renowned think tank experts as well as young future players from across the world to discuss foreign, defense and security policy in Tallinn from May 17 to 19.

Those scheduled to take part in discussions include Alexey Levinson, sociologist and head of the Levada Center, Alexander Stubb, vice president of the European Investment Bank, Zhanna Nemtsova, founder of the Boris Nemtsov Foundation, Oliver Bullough, author and journalist, Alan Riley, researcher at the Atlantic Council, Constanze Stelzenmuller, senior fellow at the Robert Bosch Stiftung, Akilnathan Logeswaran, founder of the Stand Up for Europe movement, and Ulrike Franke, policy fellow at the European Council on Foreign Relations and recipient of the John McCain Dissertation Award.

Eeva Eek-Pajuste, director of the conference, said that a special focus will be namely on the youth and the future this year.

"In 10-15 years, today's young players will be the ones moving the power levers of the world, but their value judgments, attitude towards life and beliefs are developing at present. In order to comprehend the new trends emerging in society, it is smart for us not only to let them speak, but to listen to them and pay heed to what they are saying more ourselves as well," she said.

Taking place just a week before the elections to the European Parliament in Estonia, the conference will focus on foreign policy and security developments and the choices they bring. As risks to democratic values and rule-of-law societies grow, the triumph of the liberal order no longer seems inevitable. Confrontation and conflict occur not only between adversaries, but also between allies. Even as NATO celebrates the 70th anniversary of the North Atlantic Treaty, transatlantic relations are as endangered as they are vitally important. And more broadly, the policy choices of the US worry allies and cheer adversaries across the globe. The aspirations and changing roles of China, Russia, Iran and Saudi Arabia present new challenges. Cyberspace and the information domain are largely ungoverned, encouraging conflict without rules, the organizers of the conference said.

This year marks 90 years since the birth of Lennart Meri, who has said that "Europe has one past, but an infinite number of futures". In order to mark the continuation of former president Lennart Meri's legacy in foreign and security policy thinking, the titles of the conference itself and its panel discussions have this time been chosen from among quotes from Meri's speeches.