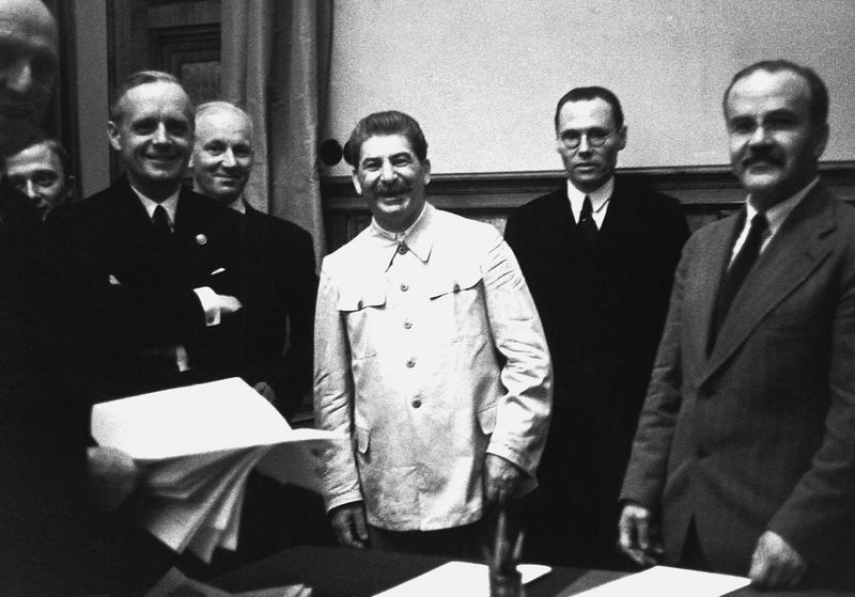 TALLINN - The foreign ministers of Estonia, Latvia, Lithuania, Poland and Romania have issued a joint statement to mark the 80th anniversary of the signing of the Molotov-Ribbentrop Pact and to stress the importance of continued investigation of totalitarian crimes.

August 23 will mark 80 years since the signing of the Molotov-Ribbentrop Pact between the Soviet Union and Nazi Germany that sparked World War II and doomed half of Europe to decades of misery. The pact contained the secret protocol which effectively carved up Eastern Europe into spheres of influence, the foreign ministers said.

"This is why on this day proclaimed by the European Parliament as a European Day of Remembrance for Victims of Totalitarian Regimes we remember all those whose deaths and broken lives were a consequence of the crimes perpetrated under the ideology of Nazism and Stalinism. Pain and injustice will never fall into oblivion. We will remember," the statements reads.

The ministers call on the governments of all European states to provide both moral and material support to the ongoing historical investigation of the totalitarian regimes.

"The memory of the victims compels us to promote historical justice by continuing research and raising public awareness of the totalitarian legacy on the European continent," the statement says.

The signatories said that they are determined to continue working with their partners in Europe and around the world so that the horrors of the past never re-emerge.

"We are confident that today's Europe is a safe place for all peoples, and ready to resolutely resist any kind of injustice. We believe that Europeans will never tolerate totalitarianism or genocide against any people," the ministers said.