Formin of Slovakia: Europe going through huge crisis of confidence 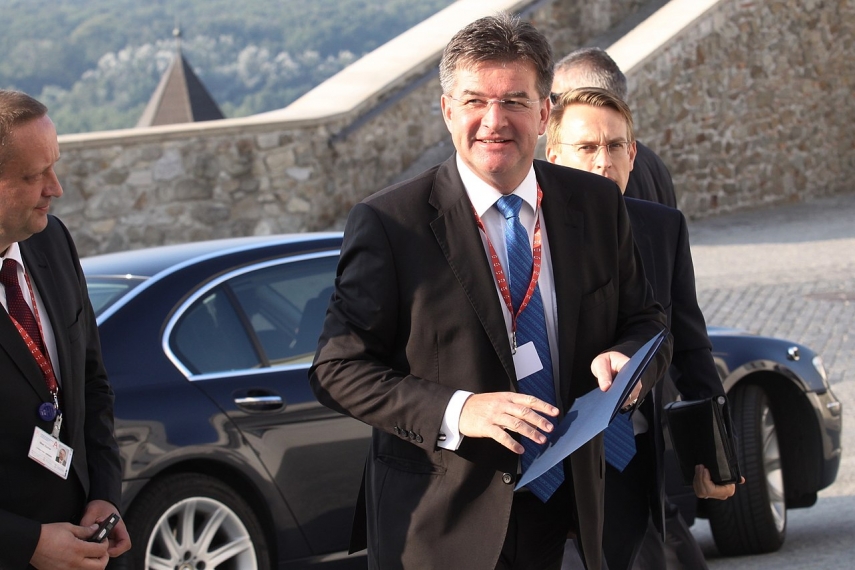 TALLINN - Europe is going through a huge crisis of confidence, as a part of the population has lost its trust in mainstream political parties, Slovakia's Foreign Minister Miroslav Lajcak said at the Lennart Meri Conference in Tallinn on Saturday.

Lajcak said that residents of the EU member states saw during the financial crisis, which started in 2008, that the system was not able to respond to it.

"It took us three years. Then came the migration crisis. Our response was terrible, insensitive and bureaucratic. The European Commission was trying to deal with it in its typical way," Slovakia's foreign minister said at a panel discussion.

People understood that mainstream parties are not able to provide answers for them, he noted.

"This opened up a space for populist parties. Do they have the solutions? They don't but the mainstream parties opened up this huge room for criticism," Lajcak said.

The foreign minister of Slovakia, which is the current holder of the presidency of the  Organization for Security and Co-operation (OSCE), said that he has yet to see adequate reactions from mainstream parties to win back the trust of the people.

"I would caution against labeling too much. Is everyone who does not share our views a populist? This only feeds anti-systemic people," he said.