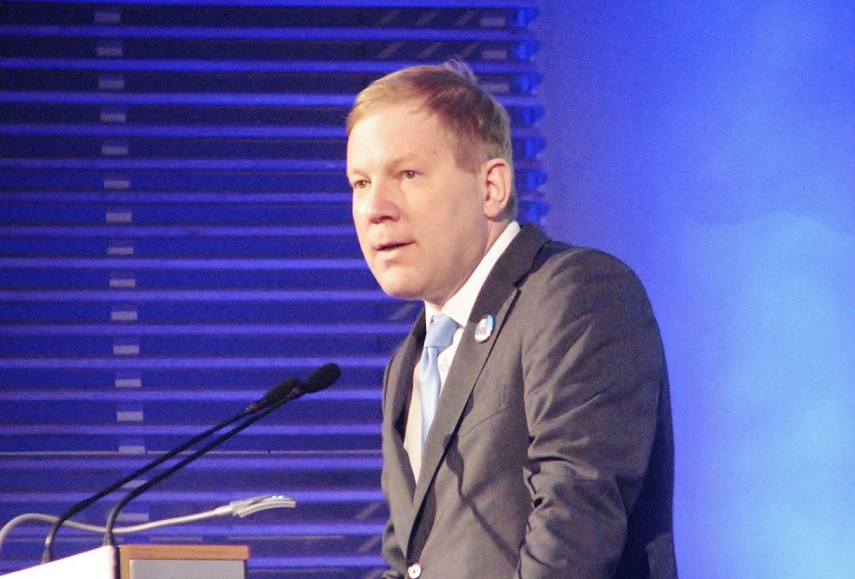 TALLINN - Marko Mihkelson, chairman of the foreign affairs committee of the previous Estonian parliament, told the Aktuaalne Kaamera newscast of public broadcaster ERR on Wednesday that he believes the foremost purpose of President Kersti Kaljulaid's upcoming visit to Russia is not the opening of the Estonian embassy building but an attempt to get in touch with the Russian president.

Mihkelson said that an important question is what topics Kaljulaid will bring up at the meeting with [President Vladimir] Putin. According to the former foreign affairs committee chair, Kaljulaid could discuss the border agreement, which is the most important issue in the relations of the two countries, with Putin. Another topic could be Estonia's candidacy for a non-permanent seat on the UN Security Council. Mihkelson added that a third theme is the root cause of all problems -- Russia's aggressive behavior toward its neighbors.

Mihkelson said on the newscast that the relations between Estonia and Russia are in a deep recession and it is more broadly related to relations between the West and Russia, primarily due to Russia's aggression in Ukraine. He pointed out that the heads of state of several allies had refrained from going to Russia because of the conflict.

According to Mihkelson, one of the dangers of the meeting between Kaljulaid and Putin could be that it has not been prepared for enough.

"Perhaps the main thing is that, as this meeting comes in a certain way from thin air and is unusual for many of our allies also today, I have not seen that enough preparations have been made for this. Secondly, I believe that very many people of Estonia today will ask why the president is going to Moscow, what she has to stay to Putin and whether she will remain standing straight there when accusations against Estonia come again," Mihkelson said.

Nevertheless, he admitted that Estonia could communicate with Russia on a certain level.

"It can be said that the repair of one building will not fundamentally change the relations between Estonia and Russia. However, it is important, of course, that we also be able to communicate at a political level, whether it is necessarily the president, or at a different level with Russia, at least to have an idea of their perceptions of policies directed toward us. But for this we have to be better prepared than we are today, I believe," Mihkelson said.