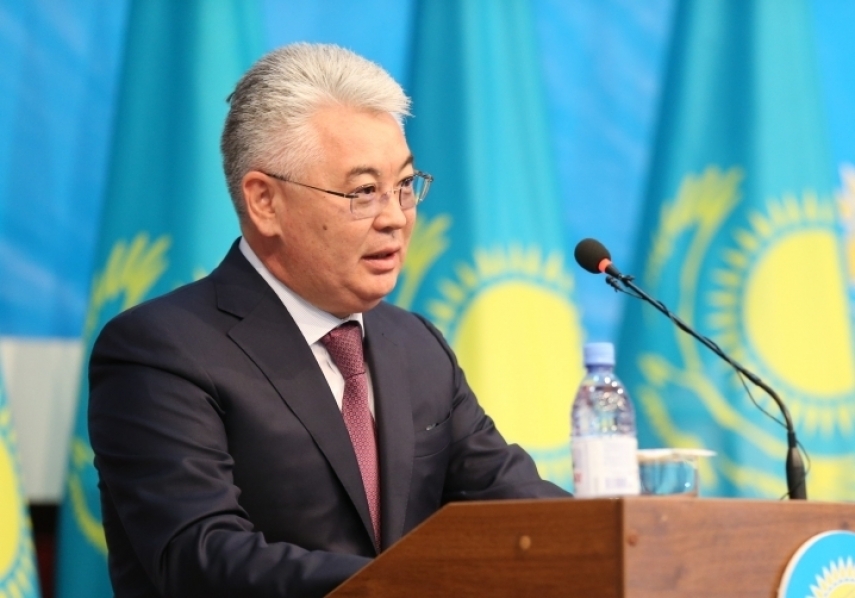 RIGA - On Saturday, during the World Economic Forum on the Middle East and North Africa in Jordan, Latvian Foreign Minister Edgars Rinkevics met with the Minister of Foreign Affairs of Kazakhstan, Beibut Atamkulov, LETA was informed by the Foreign Ministry.

The ministers discussed the political dialogue between the two countries and cooperation in economy and international organisations.

Rinkevics expressed the opinion that Latvia and Kazakhstan had established constructive cooperation and their relationship showed positive development. The parties also talked about the need for Kazakhstan to open its Embassy in Riga.

“Latvia sees Kazakhstan as a strategic partner in trans-Eurasian transport operations. Good cooperation is ongoing in transport and transit; however, it is affected by a third party. It is very positive to see that cooperation with Central Asia is high on the European Union Agenda this year. Work is also underway on the EU’s new Strategy for Central Asia. Latvia sees economy, security, education, and good governance as the main fields for cooperation between the European Union and Central Asia,” said Rinkevics.

The minister expressed satisfaction at the airBaltic resuming direct flights to Almaty at the end of April. Therefore, the Kazakh side would be required to produce a draft air traffic agreement, which was at the same time necessary for the further operations of airBaltic in Central Asia. The minister also underlined the need for the parties to work on a draft intergovernmental agreement in the education sector.

The Latvian foreign minister thanked Kazakhstan for its support pledged to Latvia at the coming elections to the United Nations Security Council on 2025 and he welcomed Kazakhstan’s activities in the framework of the Organisation for Economic Cooperation and Development (OECD) and efforts to adopt the OECD’s best practices.