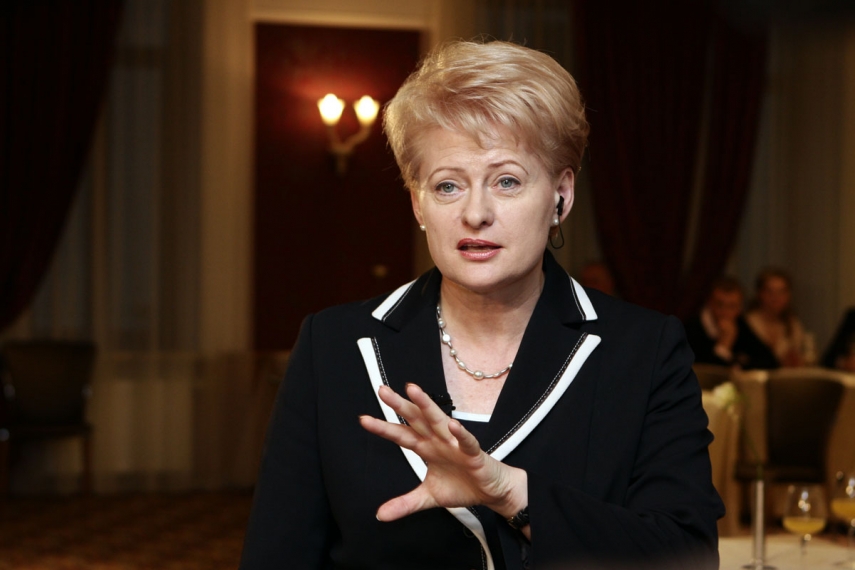 VILNIUS  - Germany's Foreign Ministry on Thursday confirmed discovery of the Feb. 16 1918 resolution of the Council of Lithuania on reestablishment of statehood, congratulating Lithuanians on the find.

"What a wonderful discovery! It is great news to our friends in Lithuania. We are happy together with them," the German Foreign Ministry said in a comment forwarded to BNS by officials of the ministry and the German Embassy in Vilnius.
Lithuanian Foreign Minister Linas Linkevicius on Thursday asked his German counterpart, Sigmar Gabriel, to hand an original copy of Lithuania's Act of Independence of Feb. 16, 1918 that has been found in Berlin's diplomatic archives over to Vilnius.

"I told him that it is one of the most important historical documents for us and that we would like it to have it in Lithuania," Linkevicius told BNS on Thursday evening.

The Lithuanian minister said that he had had a telephone conversation with Gabriel, adding that the two ministers planned to continue their discussion on this issue on the sidelines of a NATO meeting in Brussels on Friday

Linkevicius said that the German minister had promised to bring a facsimile of the document to Brussels and to provide more information about the legal situation.

He said that Gabriel had also promised to help Lithuanian researchers to get access to documents related to the restoration of independence.

Liudas Mazylis, a political science professor at Vytautas Magnus University, found the copy of the Council of Lithuania's resolution on the restoration of an independent state of Lithuania in the German Foreign Ministry's archives on Wednesday.

Historians believe that Jurgis Saulys, one of the 20 signatories, handed the copy to German diplomats 99 years ago. It is thought that several original copies of the resolution were signed, but the whereabouts of the others are unknown.

President Dalia Grybauskaite said earlier on Thursday that her team had contacted German Chancellor Angela Merkel's office and were looking at how and when the document could be returned to Lithuania.