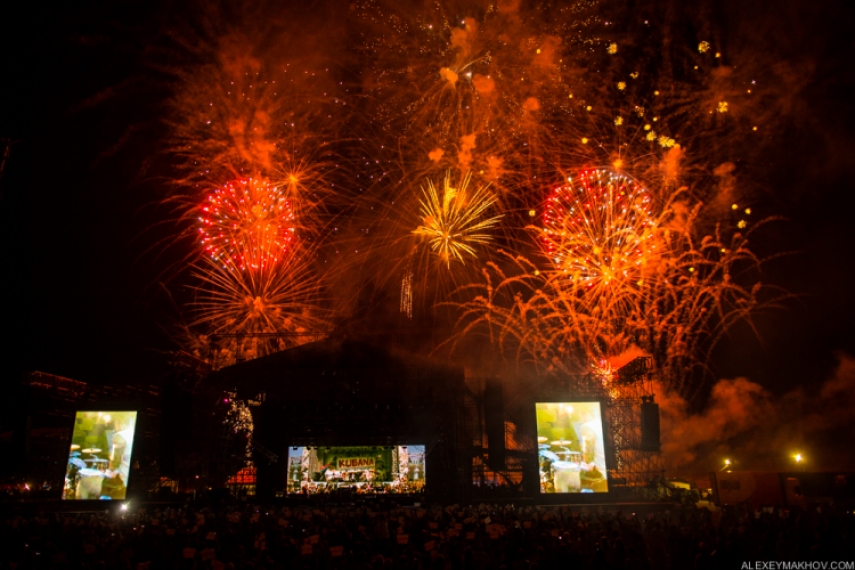 Kubana, originally an alternative festival that launched in a remote Russian region six years ago, has moved to Riga and will take place from August 6-9 on Lucavsala Island.

This open air festival was held in the Krasnodar Region since its founding in 2009. But in 2014, Russia fell into recession. Kubana had to close.

Undeterred, the festival’s general director Ilya Ostrovsky and his team decided to revive Kubana in a new location. The problem: they had no idea where that would even be.

While the organisers scrambled to find a new venue, ticket sales began. Despite the location being completely unknown to ticket sellers and buyers alike, 5000 people bought tickets.

Ostrovsky was thrilled: “I was very pleased to see that so many people were ready to follow the festival to any possible destination around the globe,” he told The Baltic Times.

In the six years of its existence, Kubana has set the stage for many big artists: System Of A Down, The Offspring, Korn, Scooter, Gogol Bordello, The Prodigy, Die Antwoord and countless others.

Prices for this year’s festival might seem slightly high, especially for Latvian standards. But as the mayor of Riga Nils Usakovs explained: considering the artists that are going to perform, the ticket price seems reasonable.

Indeed, this year Kubana will bring many famous foreign and Russian artists: Hollywood Undead, HIM, PANIC! AT THE DISCO, Leningrad, Animal Jazz, and many more.

Further information about the event and the tickets can be found at:  www.kubana.com