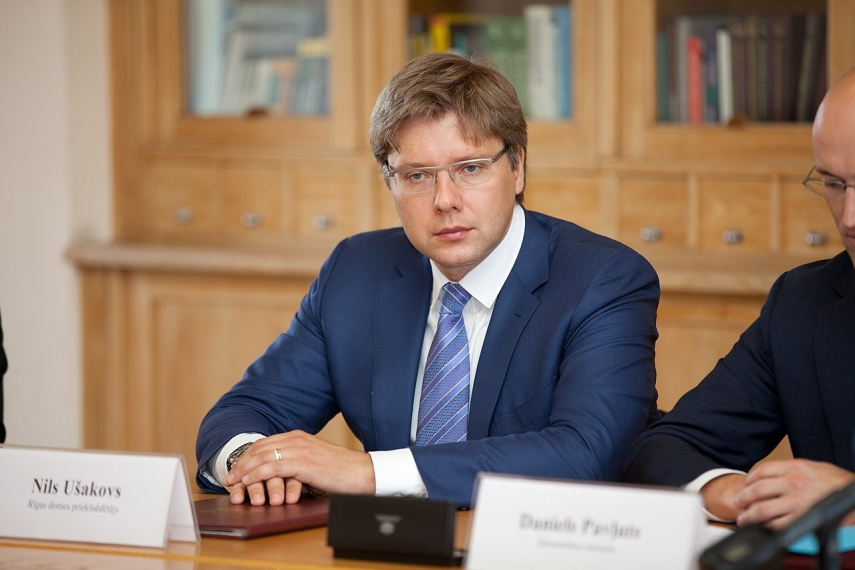 RIGA - A Riga city court on Wednesday acquitted Nils Usakovs (Harmony), a member of the European Parliament and former Riga mayor, who had been charged with possession of an illegal video surveillance device.

The prosecutor can still appeal the verdict to Riga Regional Court.

Prosecutor Juris Locmelis told journalists after the court session that he had not yet decided about filing an appeal, because first he had to read the verdict.

Usakovs told the journalists that he had not expected anything but acquittal, because Latvia is a law-governed state, which means that such a "politically commissioned case" could not result in his conviction.

Usakovs earlier told the first-instance court that the case against him had been fabricated to ruin his reputation as a politician and cast him as a criminal.

According to Usakovs, the criminal proceedings launched against him were just an instrument for maintaining a negative public opinion about him and essentially amounted to punishment.

Usakovs stressed at the court that this was an essentially a political case involving procedural irregularities, manipulated findings, experts and witnesses.

The Riga ex-mayor repeatedly claimed that he had not purchased or kept any illegal device at his Riga City Hall office. Moreover, he new nothing of the file in which the device had been hidden.

Usakovs said that the criminal case has been built around a file with a hidden video camera. The file had been found in the room where former Riga mayor held meetings and gave interviews. The room had been used also for public and representation events, and it was accessible to visitors, for example, at Museum Nights.

The former mayor said that he saw the picture of the file for the first time when the investigator showed it to him.

Usakovs has asked to find himself a victim in the case as illegal video surveillance had been used on him. He believes that the investigation should focus on how the device appeared in his office.

As reported, charges against Usakovs were pressed at the end of last year.

The European Parliament in November 2021 waived parliamentary immunity for Usakovs, who nevertheless kept his MEP mandate.

The Corruption Prevention Bureau (KNAB) turned to the Prosecutor General's Office with a request to begin prosecution against former Riga mayor and current European Parliament Member Usakovs for possession of a banned video surveillance device.