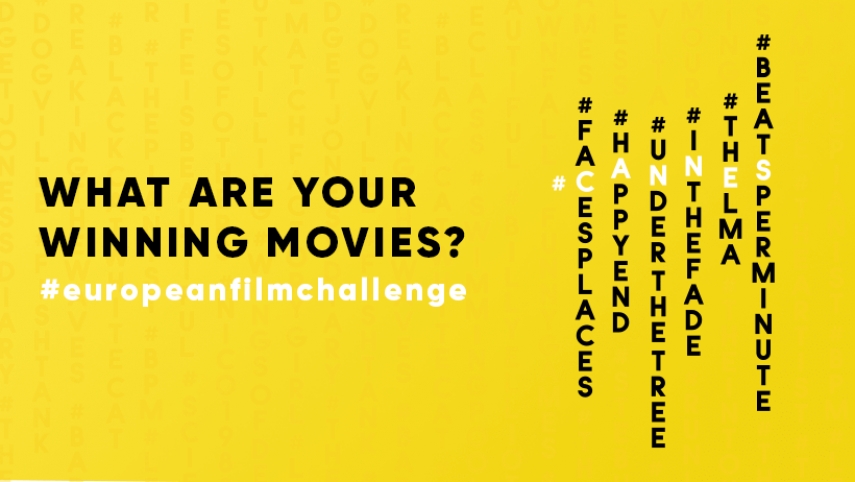 VILNIUS - #europeanfilmchallenge returns this month with its biggest ever contest – and the prize is every film fan’s dream. One lucky winner from each country will enjoy a VIP trip to the film world’s most prestigious event, the Cannes Film Festival!

Now in its third year, the popular contest is going from strength to strength. The new edition invites film fans from Croatia and Spain to join entrants from Lithuania, Latvia, Estonia and Serbia to compete by sharing their love of European cinema.

To complete the Challenge, entrants must watch 10 European feature films (that is, longer than 52 minutes) in cinemas, on TV or online before the contest closes on April 15, 2018.

Contestants earn additional points for the number of different platforms they use. Extra bonus points will also be available at various points during the contest.

Winners from the previous round of #europeanfilmchallenge – Edita Sabaliauskaitė (Lithuania), Lita Akmentina (Latvia), Kaupo Liiv (Estonia) and Vladimir Markovic (Serbia) –will soon be making their way to the Berlin International Film Festival.They triumphed over a total of 627 film fans who completed the challenge, discovering more than 425 different European film titles.

“We’re delighted to welcome film fans from Spain and Croatia to our new edition,” says organiser Greta Akcijonaitė. “With six countries taking part, #europeanfilmchallenge is now bigger and better than ever. We’re one step closer to our goal of getting people from every country in Europe discovering, enjoying and talking about European cinema.”

“#europeanfilmchallenge benefits everybody in the film industry,” adds Greta. “Producers, distributors, cinemas, online streaming platforms, TV channels… anyone can use it to promote their product. We want them to use our logo and say ‘This film is eligible for #europeanfilmchallenge’ on their posters, social posts and press releases.”