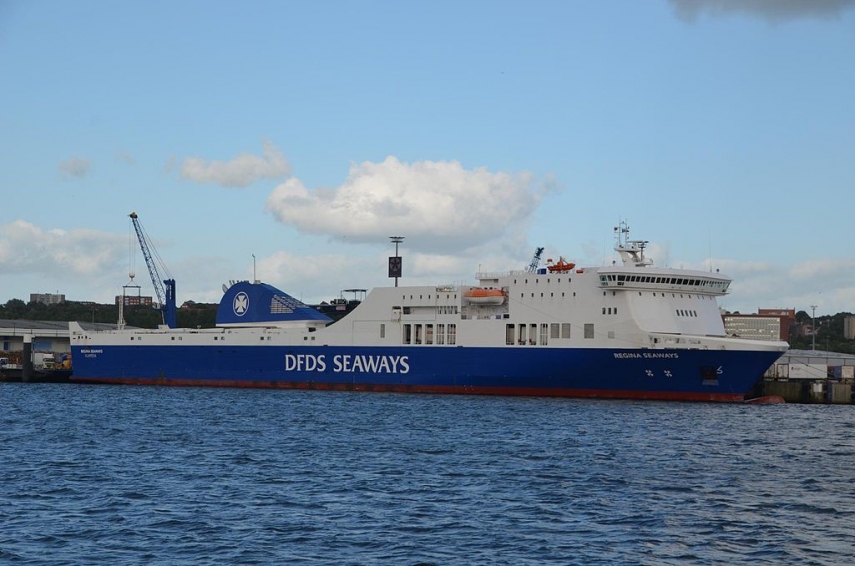 VILNIUS – The fire that on Tuesday broke out on a ferry on route from Germany to Lithuania's Klaipeda has been put out and there are no reports about people injured during the incident, Lithuania's Navy says.

"All people are safe and sound, they are all on the ship, there's no panic, no injured people. A rescue operation is underway," Eugenijus Valikovas, commander of the Lithuanian Navy's Maritime Rescue Coordination Center, told BNS Lithuania.

Lithuanians received a report about the fire in the car area on the DFDS Seaways' ferry Regina at 1.45 p.m. The Ministry of National Defense said in a statement issued at 4 p.m. that the fire had been put out.

A AS-365 Dauphin helicopter of the Lithuanian Air Force flew to the area and made some photos of the ferry, and four navy ships have also been sent to take part in the rescue operation. They are scheduled to each the ferry at around 6 p.m. and will be ready to take passengers, if necessary.

The Kaliningrad maritime rescue coordination center is now leading the operation as the ferry is now in its area of responsibility, with the Lithuanian Navy's Maritime Rescue Coordination Center keeping constant contact with the Kaliningrad center.

The incident area is around 110 km from the Lithuanian port of Klaipeda. The ferry left the German port of Kiel for Klaipeda on Oct. 1.

Lithuanian Prime Minister Saulius Skvernelis says he has ordered Minister of National Defense Raimundas Karoblis to involve all necessary forces in the rescue operation of a ferry on fire in the Baltic Sea, and the public must be fully informed.

"The prime minister has been informed about the incident and he's spoken to the minister of national defense. The prime minister said the public must receive all information and the rescue operation must involve all necessary forces from all state services," the prime minister's spokesman Tomas Berzinskas told BNS Lithuania.