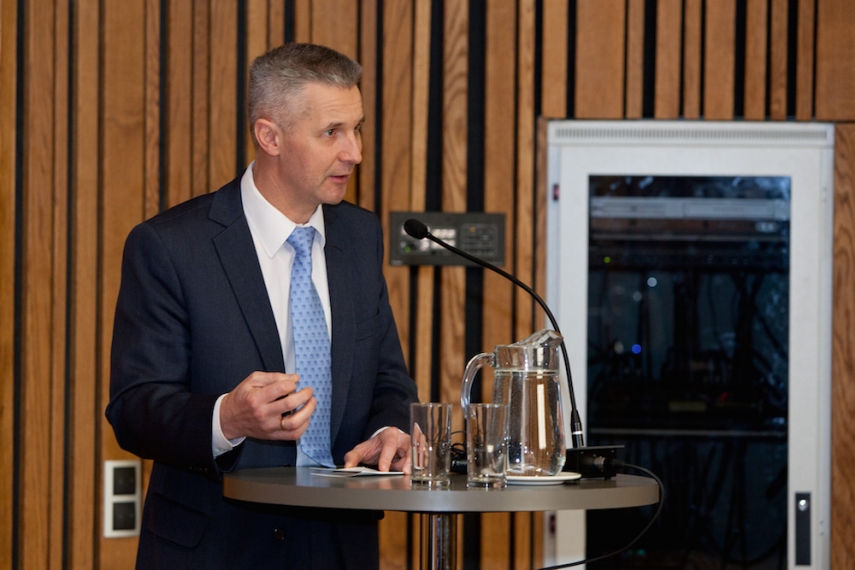 Mankind has an immense capability to create, but it also possesses a great capability to destroy. Watching how Europe deals with the latest crisis of massive influx of migrants, one cannot help but feel a premonition that the European Union is going to face a number of challenges which might destroy the union as we once knew and believed in it.

The migrant crisis has revealed the deep divisions between the policies of various EU countries as well as the political cultures upon which their respective decision-making is based.

The dividing lines are the most obvious if one compares the so-called “old” EU member states, best represented by Germany, with the former Eastern Bloc countries - Hungary, for example. The first is characterized by Willkommenskultur - welcoming potential asylum seekers at railway stations with sweets, toys, and smiles - while the second is represented by barbed-wire, border controls and teargas.

Are eastern Europeans really so heartless and uncompassionate compared to Western Europeans? What are the true reasons for the differences that can be seen on TV screens and on social media?

In order to answer these questions, I would like to argue that what we see today is not a migrant or refugee crisis but a greater foreign policy and security crisis of the EU and the Western world in general.

The migration crisis is just a consequence of this, the tip of the iceberg. Recently, our foreign and security policy has drifted between being governed by idealistic, humanitarian considerations and by realpolitik. Both ideologies at some points of time have been right and, at others, wrong.

Usually, the humanitarian side appears stronger, or at least, it seemingly dominates when it does not contradict the considerations of realpolitik.

The French appeal to topple Colonel Gaddafi and bomb Libya was considered a humanitarian mission. At the same time, the inability to oppose Assad in time to avoid the death of thousands and exile of millions was caused by fatigue of intervention on the part of Europeans as well as Americans.

Also, from a realpolitikal perspective, Assad was a more difficult opponent than Kaddafi.

Rightly or wrongly, our capability to save others is limited by the tools available at the given moment. Equally, the Western inability to prevent the Ukraine crisis,  the Russian intervention or the occupation of Crimea, which has resulted in more than 1.5 million displaced persons was caused by considerations of realpolitik taking the upper hand over idealistic, humanitarian causes because the West did not want to see the problems in time.

As a result of such judgements or misjudgments, the world and Europe in particular are facing unprecedented immigration caused by our former mistakes and unfinished jobs in the area of foreign and security policy.

At the present moment, the greatest problem is that the attention of the European leadership is focused on the accommodation of migrants who entered have entered Europe over the last six months, but only very superficial suggestions have been given on how to deal with the causes of the problem.

The European Union has been trying to cure a serious dental cavity using painkillers alone. In the latest European Commission proposal on tackling the European migrant crisis one can find measures such as strengthening borders and increasing humanitarian aid to crisis-hit regions.

However, these suggestions seem of secondary importance. In addition, the reaction by the largest and strongest EU member states to the causes of the crisis has been painfully late and badly targeted.

Instead, there has been blaming and shaming, accompanied by threats towards countries which oppose permanent distribution mechanisms and compulsory quota systems for refugee distribution across the union.

Leading Western politicians have been warning smaller, poorer and less powerful Eastern European countries, both publicly and behind the scenes, of possible cuts to their structural funds or other punishments if they refuse to accept the proposal.

There have not been many genuine attempts to understand why the eastern Europeans are more sceptical about the proposals. I would like to mention some of them, while being aware that they might differ from country to country.

First, most of the poorest countries in the EU are in central and Eastern Europe.the poorest in the union. Their populations believe that a large influx of people will negatively affect the economic situation in these countries.

Secondly, countries like the Baltic States - Latvia, Estonia, and Lithuania - are not only relatively poor, but also experienced high levels of immigration from the Soviet Union after World War II, which continued throughout the Soviet occupation.

Integration in the host societies remains difficult to this day. Any additional migration burden on these small countries will affect the population not only economically but culturally and linguistically as well.

Fourthly, security issues are of great concern as well, as we know that the causes of the migrant and refugee crises have not been seriously tackled.

For the last three years, there have been no successful attempts to find a genuine way to cooperate with NATO member state Turkey in the search for common action to ease the immense pressure on them caused by their having to accommodate more than two million Syrian refugees.

The same applies to the small country of Lebanon. If appropriate steps had been taken, hundreds of people would not have been lost at sea. In fact, the guilt for the death of the small Syrian boy on the Turkish shores lies not on the conscience of the ‘inhuman’ Hungarian border guards, but on our tone deaf, belated and faulty foreign and security policy years before.

There is a list of jobs that need to be done by the EU before attacking eastern Europeans about their opposition to migrant distribution, for example to strengthen EU cooperation with UNHCR, to create admission camps upon arrival of migrants to European shores.

When leading EU politicians and member states call for internal EU solidarity and "fair sharing of burdens", they must take several issues into account.

First, it must be admitted that the migration crisis is, in fact, a consequence of our weak foreign and security policies, which we have delayed and avoided making decisions about. As a result, only serious, not superficial proposals regarding Foreign and Security policy should be put forward.

Second, humanity must not be "played" against security. Namely, the solution to the existing crisis should not be abolishing border controls or registration of migrants. Ensuring fundamental rights does not mean abolishing borders, states or laws.

I believe that open-heartedness and willingness to provide necessary help for genuine refugees should not exclude the use of reason.

Therefore, I argue that one of the biggest differences between western European "asylum welcomers" and eastern European "racists" is not so much their respective levels of compassion, but rather their willingness to find more sustainable solutions that target the causes of the crisis instead of dealing only with the most visible part of the consequences.

Finally, particular attention should be paid also to the methods employed to find a common EU response to the crisis. EU internal policies have been built upon what I would call a Lockean principle of consensus and compromise, instead of a Hobbesian "war of all against all".

If these Lockean principles are abolished in the internal relations between EU member states while trying to solve the current migration crisis, it will be another nail in the coffin of the already fragile union.

According to John Locke, solidarity, just like tolerance, is something within us, an internal consciousness, not enforced by might.

We cannot afford to abolish this principle. The stronger EU Member States should use their power with care while dealing with smaller and poorer Member States. They should not enforce compulsory and permanent refugee quotas against the will of others if they want to call their solutions fair.

In turn, eastern Europeans should not allow their angst regarding otherness to take upper hand of reason.

Undoubtedly, there is an obligation to help people whose lives and existence are threatened by war, armed conflicts or inhuman regimes. This cannot be questioned, either in eastern or western Europe.

Good ends cannot be achieved by bad means; right cannot be enforced by might. If we do not keep this in mind, we will lose this genuine opportunity to come out of this crisis stronger than before.

Instead, we, the EU member states, will drift further apart from each other and our common European ideals.

﻿Dr. Artis Pabriks, is a Latvian Member of the European Parliament. Formerly he has served as Latvia’s Minister of Foreign Affairs and as Minister of Defence.